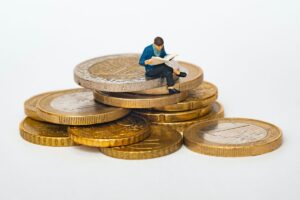 2 min read August 2022 — Whether it’s being called another bad quarter, a downturn, a slowdown or even a recession, last week’s national news cycle opens in a new windowwarned that preparations are in order. Despite the past few months of negative economic news, Florida’s business leaders have mostly remained positive about the trajectory of the state’s economy. And while economists opens in a new windowdecide whether or not the country has officially entered a recession, Florida remains bullish about its continued growth.

Richard Ramsey, managing partner of Wicker, Smith, O’Hara, McCoy & Ford, PA, spoke with Invest: in July about how economic trends will affect the legal sector and his firm’s clients in the future. “If you look historically, after every period of high inflation there has been a recession and I don’t have any reason to think that that would not occur,” Ramsey said. “It’s always a very delicate balance of trying to put up with this high inflationary rate without alienating clients while still attracting and maintaining good talent, so it’s a very delicate balancing act.”

But recession or no recession, there are still people migrating  to Florida. “The statistics about the number of people who are moving into Florida daily or on a monthly basis are staggering. I learned recently at a Chamber of Commerce meeting that all signs point to Florida’s economy not just booming but stealing jobs from New York, California and other states,” Ramsey said.

At the same time, smart growth will be the key to sustaining it. “I don’t know whether the legislature can keep up with all this new influx of both residents and businesses or if they’re interested in doing that because of pressure coming from one side or another. I believe it could be something that will come back and bite us because we don’t want to be inviting businesses and people to move here if we’re not changing the laws to be fair,” Ramsey stated.

The annual opens in a new windowInvest: Greater Orlando leadership conference held in June had local finance leaders interpreting the future of Florida’s economy, specifically with regard to M&A activity. When speaking on what he has seen lately, CEO of Skyway Capital Markets Russ Hunt said uncertainty has the greatest negative impact on the economy. “We have taxes rising, interest rates rising; those all have impacts but uncertainty, lack of clarity, has a significant impact on how people think, both from buyer and seller standpoints,” he said during a panel discussion at the event. “I think it’s more about understanding what the impacts are, having a good understanding of your business and knowing that who knows what this environment is going to be like – there’s an end, there’s an outlook to the end of a cycle and beginning of a new one.”

Hunt understands the position business owners have been put in lately but encouraged the transition to a different perspective. “Some business owners have gone through two periods in their ownership where they’ve been gut-punched in terms of the financial crisis and pandemic and they want to understand what to do now,” he said. Despite warnings of a downturn, Hunt asks them to remain optimistic. “With all the noise in the market, we’ve still got a great economy and great momentum behind us in many things. With some of the negative things we all hear in the press, if you take that away, the bottom 90% of it still is fairly strong and positive.”