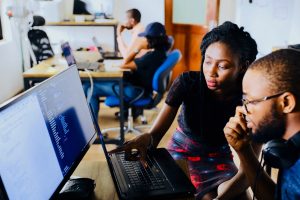 3 min read June 2020 — As of June 5, most of Florida has taken the next step of reopening the economy that was devastated by COVID-19. Unemployment figures are starting to level off as businesses slowly start to open up again. On June 6, the U.S. Department of Labor saw its lowest figure for new unemployment claims since March 26. However, the sunshine state’s economy isn’t in the clear just yet. Florida has the fourth highest unemployment claims in the U.S. To make matters worse, some Floridans are still struggling to collect their unemployment benefits.

Since March 15, the Florida Department of Economic Opportunity (DEO) has paid out $1.5 billion in state claims and another $4.6 billion in federal unemployment benefits. Approved applicants should be getting $600 per week from federal benefits plus the state’s additional $275 weekly benefits. Unfortunately, issues resulting from an influx of people filing for benefits has caused the Florida DEO’s website to crash on multiple occasions. On April 15, Gov. Ron DeSantis placed Jonathan Satter, Florida Department of Management Services secretary, in charge of fixing the state’s unemployment benefits system. As a result, a new mobile-friendly website was born. People can now submit an application on the new website if they don’t currently have an open unemployment benefits claim on file.

Different markets were hit particularly hard by the COVID related economic slowdown. The transportation and hospitality sectors are expected to take the longest to get back on their feet.

“There are a couple of key industries that will be greatly impacted the longer this goes, especially tourism and real estate. On the positive side, there is a significant number of secondary markets in Florida. Traveling overseas will likely not be as popular in the next couple of years, speaking well for these secondary markets. Challenges do drive opportunities and developers might take cues from the latter. Hospitality and tourism will continue to suffer and will likely require continuous stimuli the longer this continues,” said Blain Heckaman, CEO for Kaufman Rossin in an interview with Invest: Miami.

Florida isn’t the only state feeling economic pressure as a result of COVID-19. Northeastern regions of the United States that were hit particularly hard by the virus, like Pennsylvania and New York, have also started reopening nonessential businesses in an effort to jumpstart the economy. Since March 15, the Unemployment Compensation department has paid over $16.4 billion in state and federal unemployment compensation benefits, according to Pennsylvania’s government website. The state is also preparing to activate an unemployment program that would extend benefits for up to 13 more weeks for eligible individuals. The last time Pennsylvania initiated the extended benefits program was during the fallout from the Great Recession in 2009.

Pennsylvania Gov. Tom Wolf is taking a three-phase, regional approach to reopening the state. The system consists of red, yellow and green phases that are then applied to individual counties. Red is the most restrictive and green is the least. On June 5, Wolf allowed 34 counties to transition into the green phase. Although most restrictions are lifted during this final phase, people are encouraged to follow CDC guidelines. Businesses like gyms, hair salons and indoor recreation centers that remained closed in the yellow phase can start to reopen at 75 percent occupancy. There are still 33 Pennsylvania counties in the yellow phase, which serves the purpose of slowly powering up the economy while still trying to contain the spread of COVID-19.

Gov. Wolf has publicly voiced his desire for Pennsylvania to reopen. However, he warns business owners not to open up too early. “By opening before the CDC evidence suggests you’re taking undue risks with the safety of your customers. That’s not only morally wrong, it’s also really bad business. Businesses that do follow the whims of local politicians and ignore the law and the welfare of their customers will probably find themselves uninsured because insurance does not cover things that happen to businesses breaking the law,” Wolf said during a press conference.