Face off: How Concord is planning for sustained growth

2 min read March 2020 — The city of Concord is setting its sights on securing high-quality life standards for its residents via a three-pronged approach: diversification, infrastructure and affordable housing. In an interview with Invest: Charlotte, Concord Mayor William Dusch and City Manager Lloyd Payne talk about the city’s growth, infrastructure developments and its ambitious plans for the future. 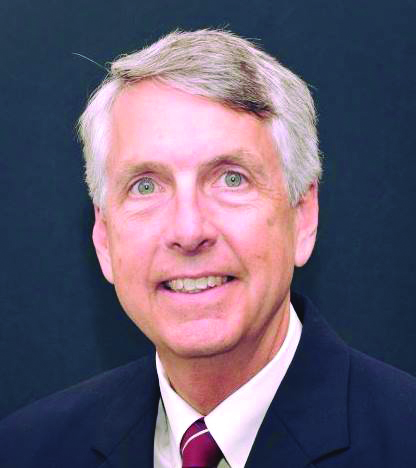 How is housing and development growing?

William Dusch: We have had a tremendous amount of growth in the housing sector, especially with apartments. The challenge lies in working with the school system to ensure the population is evenly distributed in a growing community. We have a relatively small Downtown, but we are beginning to grow. The county is building a new courthouse, our main street, Union Street, is becoming a plaza, and sidewalks are being widened to provide a better outdoor dining and shopping experience. The 1926 Hotel Concord was completely refurbished to create 40 market-rate apartments. Loft 29 is just behind it, providing about 25 more apartments Downtown. Right next door, 166 apartments are in the planning process, with 10 percent being affordable housing. An old cotton mill is being converted into 144 affordable homes where we will take the profit and roll it back into development. We are working on tying neighborhoods together by building new parks and walkways. Our goal is to connect the city without residents having to get into a car.

Lloyd Payne: Through our housing authority, we have developed and either sold or leased entire neighborhoods for several years. We are determined to take it to another level. We want to ramp up our yearly house construction capacity. In 2019, we created a nonprofit entity under the guise of affordable housing to open the city to a wider array of funding options from the private sector. For 2020, I will request the city council to obligate from this point forward that a portion of our tax funds be set aside to build affordable housing, whether it be apartments, townhomes or single-family homes. We want to build additional neighborhoods throughout the city, not just in low to moderate income areas. The main goal is to provide workforce housing. It is designed to consider young men and women with a fresh four-year degree in hand who come back here with a modest income and are looking for an opportunity to start building equity and have something they can call their own. We want to provide housing that accommodates everyone’s needs. 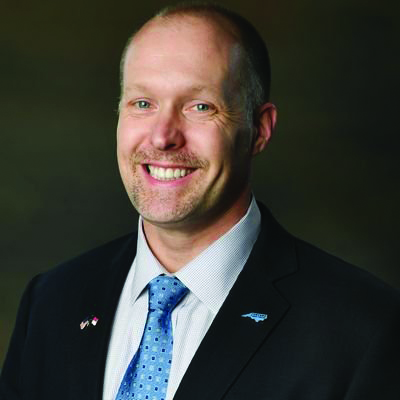 What infrastructure developments are laying the groundwork for Concord’s future growth?

Dusch: There are over 1,600 acres of industrial land available that has an industrial water sewer and power coming in from Duke Energy and Concord Electric. It’s also bordered by two four-lane highways, so it’s a perfect location. There has been a lot of interest from high-quality operations looking to base a potential headquarters here. We also have Concord-Padgett Regional Airport, and in 2013 Allegiant airlines started flying out of there. Last year, they served six locations across Florida and New Orleans, making over 1,500 flights. The airport is planning on expanding again because they have been so pleased with all of the business they have received. Nascar also bases a lot of their planes there, so it is a viable and growing airport. Allegiant Air has just announced that a new operation base will be built in Concord. Concord Mills is the largest tourist attraction in North Carolina. It attracted over 12 million visitors last year, which was even more than the Smoky Mountains. Since there is such a high volume of traffic in Concord Mills, we have been working with the NCDOT to build a flyover to more easily reach the location off the interstate. They started the construction just after Christmas this year. Just down the road from Concord Mills is the Charlotte Motor Speedway, located in Concord, which is another large Nascar facility.

Payne: In North Carolina, all roads are either owned by the city or owned by the state, meaning counties have nothing to do with roads and cannot tackle congestion issues. The same applies to schools, with the difference that they fall under the control of the county. This does not prevent us from establishing functional coordination mechanisms with involved parties to improve our roads and schools. We have also consolidated a great working relationship with our business community, including the Chamber of Commerce and Economic Development. We also work with large landowners, especially those with undeveloped assets. We encourage and entertain public-private partnerships (PPPs), whether they are for infrastructure, development or speculative buildings. We are all about working with others, knowing that we do not operate in a vacuum ourselves. It takes others in the private, public and nonprofit spheres.

What industries or companies are you targeting to introduce to the region?

Dusch: We are working hard to attract higher-tech, higher-paying jobs. We are incentivizing those kinds of operations to move here, and I have been closely talking with large companies as they begin to show more interest. Within the city of Concord, we have run over 100 miles of high-speed fiber, connecting all of our buildings over the past 15 years. To watch the city go from having 100 megabits to 100 gigabytes is really amazing. Other entities have been putting in their fiber infrastructure, especially with the introduction of 5G, which will be coming in a matter of time.

Payne: We work with Rowan-Cabarrus Community College, the mainstay for the lion’s share of our workforce development. It specializes in tailored programs on a whim if need be, based on the needs of the corporate landscape. The state of North Carolina has been generous in providing funding to accommodate those training needs.

To learn more about our interviewees, visit: https://www.concordnc.gov/