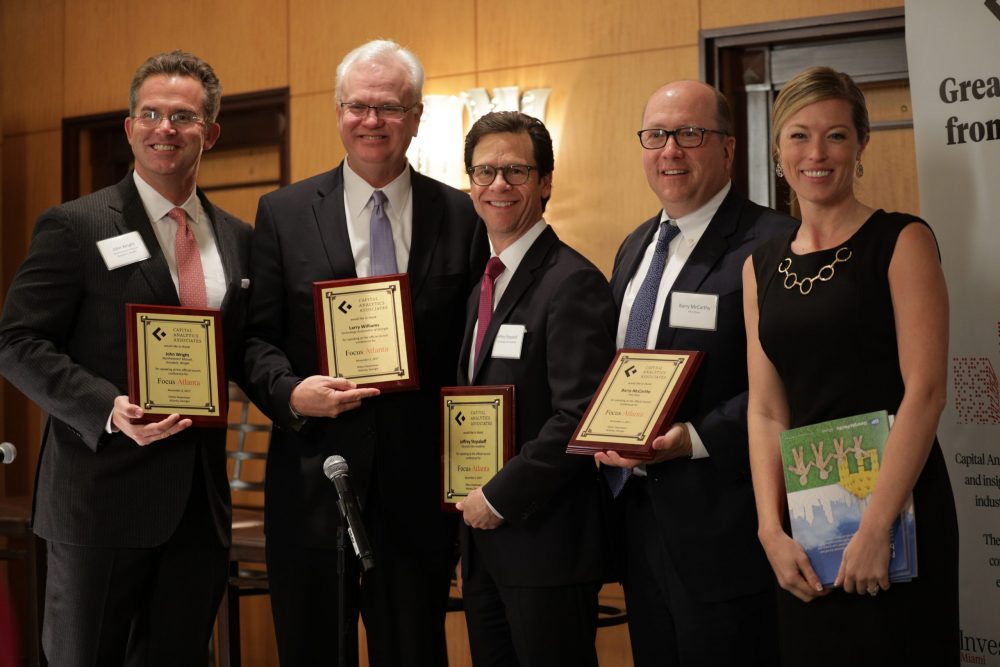 Following a short networking breakfast, Kasim Reed, mayor of Atlanta, gave a keynote address that highlights some of the major achievements of Atlanta’s economy over the past 12 months. “Despite economic recessions and financial struggles, Atlanta has never been more economically healthy and its future never so bright,” he said. This was followed by two panels discussing some of the key issues currently facing the area.

The two panels discussed major themes currently dominating Atlanta’s economy. The first panel discussed Atlanta’s growing international reach. The panel was moderated by David Lanier, managing director of CBRE Atlanta, and panelists were Roosevelt Council, general manager of Hartsfield-Jackson International Airport, Hala Moddlemog, president and CEO of Metro Atlanta Chamber, and Steve Koonin, CEO of the Atlanta Hawks. Roosevelt commented on the airport’s five runways’ ability to maintain a plane arriving or departing every 1.5 minutes, enabling ease of business travel. Moddlemog furthered Roosevelt’s thoughts by pointing out that Georgia’s effective tax rate i s80% while Texas’s is 94%. To paint that picture further, Koonin recounted how it is six times more expensive to run a music studio in NYC than Atlanta.

The second panel discussed Atlanta’s growth as a technology hub. The panel was moderated by John Wright, managing partner of Northwestern Mutual, and panelists were Larry Williams, CEO of the Technology Association of Georgia, Barry McCarthy, executive vice president and Head of Network and Security Solutions of First Data, and Jeffrey Stepakoff, Executive Director of the Georgia Film Academy. Unique developments within technology, fintech and film are propelling Atlanta to the foreground, McCarthy pointing out that Atlanta is the world’s sleeping giant for payments and transactions. Williams looked at Atlanta in the historical sense and how Atlanta has intentionally enabled the city’s strengths to grow and prosper.

The event was attended by over 200 high-level businessmen, consul generals and city officials from some of Atlanta’s key industries and economic institutions.

Abby Melone, president of Capital Analytics, said, “Metro Atlanta is an exciting market for the region and has an impressive global impact. It is also striking how committed and enthusiastic leaders from across all economic sectors are. Capital Analytics is very excited to be launching our first Atlanta edition, and we look forward to coming back next year.”

Focus: Atlanta is an in-depth economic review of the key issues facing Metro Atlanta’s economy featuring the exclusive insights of prominent industry leaders. Focus: Atlanta is produced with two goals in mind: 1) to provide comprehensive investment knowledge on Atlanta to local, national and international investors, and 2) to promote Atlanta as a place to invest and do business.

The book conducts a deep dive of the top economic sectors in the county including real estate, construction, utilities and infrastructure, transportation and aviation, banking and finance, technology and fintech, health, education, sports, and arts culture and tourism. The publication is compiled from insights collected from more than 200 economic leaders, sector insiders, political leaders and heads of important institutions. It analyzes the leading challenges facing the market, as well as covers emerging opportunities for investors, entrepreneurs and innovators.

For more information, contact us at:  opens in a new windowcontact@capitalaa.comcreate new email

opens in a new windowwww.capitalanalyticsassociates.com 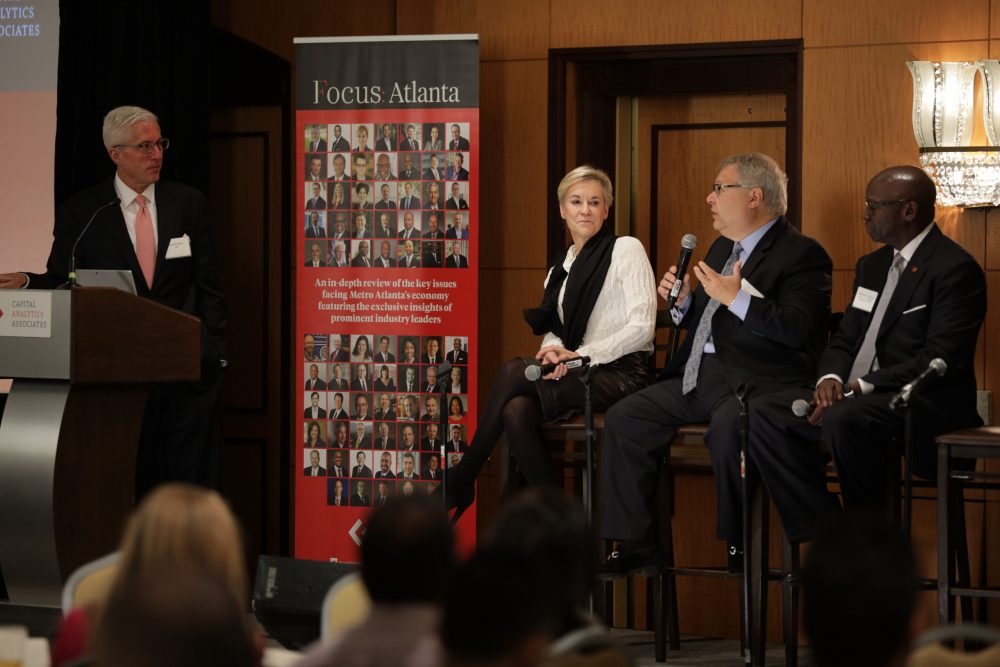 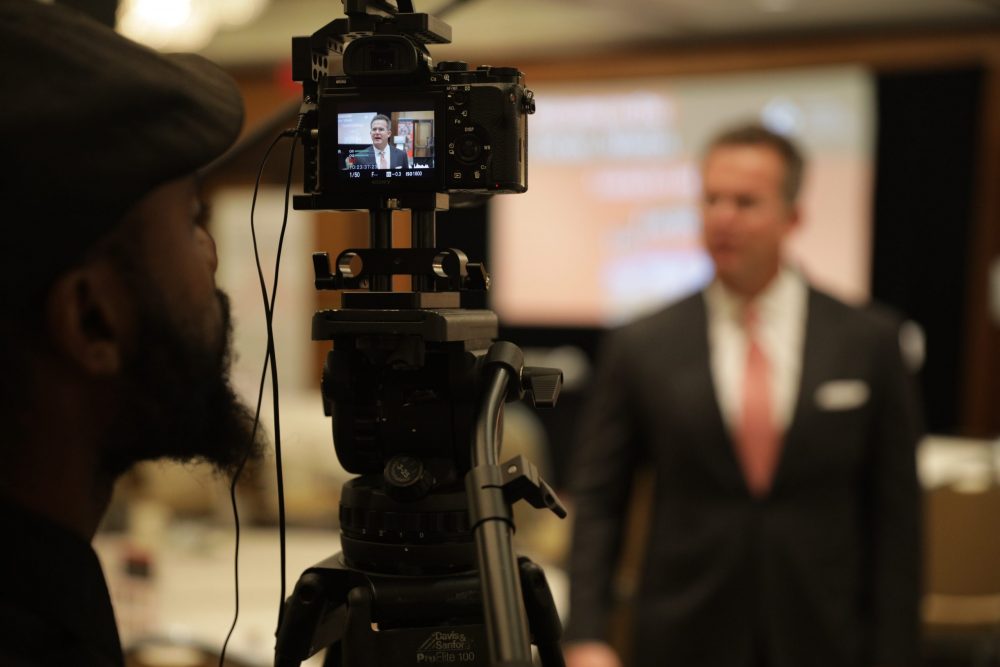 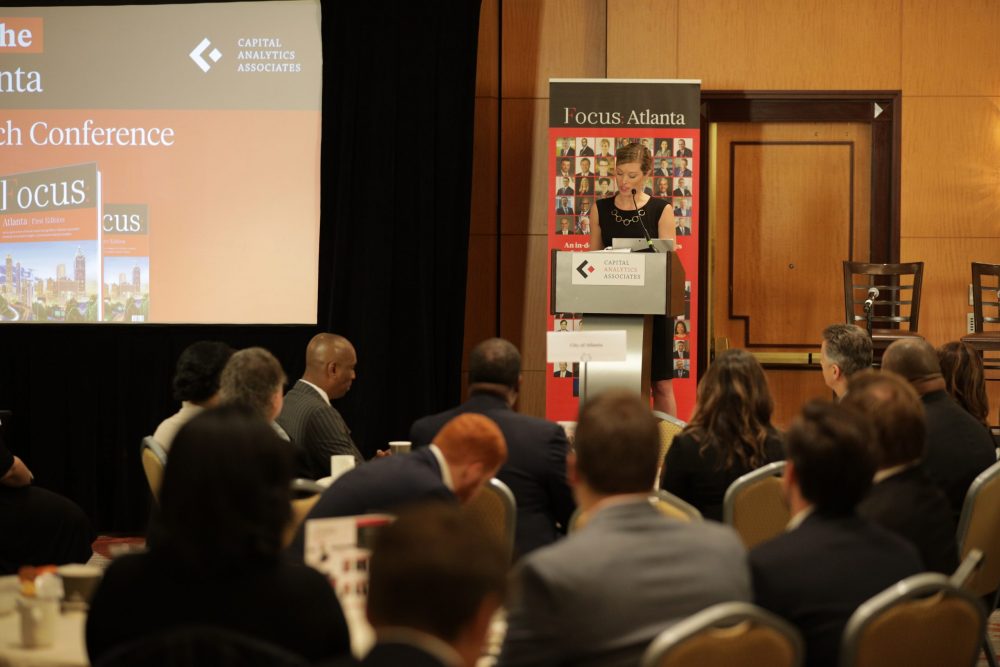