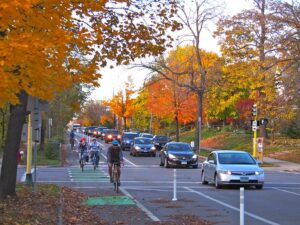 2 min read, March 2021 — The only ETF invested primarily in Minnesota Municipal Bonds in the country is now available for trading.

Mairs & Power, a St. Paul-based financial planner, revealed on Friday that it would begin offering everyday investors the opportunity to purchase municipal bonds through their Minnesota Municipal Bond exchange-traded fund (ETF). The fund will be the first in the country to focus primarily on Minnesota municipal bonds. The fund (ticker: MINN) will be traded on the Chicago Board Options Exchange, the firm said in a news release. “We believe this ETF presents a distinct opportunity for investors, particularly Minnesota residents, who are looking to add fixed income to their portfolios,” said CEO Mark Henneman in the release.

Municipal bonds are among the most stable products available to investors. The bonds are issued by states, cities, counties or other government entities looking to finance capital projects, such as roads, bridges, parks, utilities or educational facilities. Thanks to Mairs & Powers’ Minnesota Muni Bond ETF, the option is now available to retail and institutional investors alike to invest in — and own — shares of their local roads, the nearby water treatment plant or their local bus route.

The benefits go beyond a stable income or portfolio diversity. While the dividends paid out may not be as high as other more lucrative and volatile stocks or securities, they are double-tax exempt. Payments will not be taxed at either the federal or state levels, providing a stable, fixed income for investors.

The fund allows a creative way for counterparties to raise money for large projects. By making bonds available for trading, local infrastructural projects now have a unique method of raising the necessary capital on the open market. The bonds for large projects included in the $1.9 billion public-works measure passed late last year, and the second $518 million bonding bill announced this past February, if passed, will likely be traded through Mairs & Powers’ ETF.

Minnesota is investing heavily in its public works to combat the economic fallout of COVID-19. Toward the end of 2020, Gov. Tim Walz signed into effect the states’ largest infrastructure package in history: $1.9 billion for roads, bridges, water-treatment plants, parks, expanded bus routes and nature trails. In the Twin Cities metropolitan area alone, the plan includes major expenditures, with $55 million toward expanded bus rapid transit routes, $52 million to replace the Third Street Kellogg Bridge in St.Paul and $29 million toward the University of Minnesota’s new Institute of Child Development building.

In February, the governor announced a second bonding bill to generate a more modest $518 million to improve protection around the Capitol and for financing further improvements at the University of Minnesota and its facilities, many of which are in poor condition. There is an additional $150 million in Redevelopment Appropriation Bonds to help rebuild areas of Minneapolis and St. Paul that were damaged by rioting last year.

Mairs & Powers Muni Bond ETF comes at a pivotal moment when the state is drumming up funds and retail investors are more involved in the market than ever before. “Through this ETF, individuals and organizations have the opportunity to invest in the future of Minnesota,” said CFA and lead portfolio manager Brent Miller, also in the release.