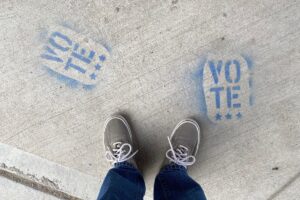 While Pinellas County was until recently known for its opens in a new windowmore moderate streak, new congressional district maps implemented by Gov. DeSantis has split the county almost directly down the middle, with Congressional District 13 now extending north towards the Pinellas-Pasco county line while carving out St. Petersburg for a new bay-spanning 14th District.

As a result of the new map, Pinellas County is now split between what was a moderate and fairly centrist district into two separate districts with stark differences. Biden clinched the win in Pinellas County in 2020 by a few thousand votes, with independents being the key factor. However, District 13 is now reliably red, with the new boundaries turning the district from a opens in a new windowBiden +4 to a Trump +7.

Prior to these changes, Pinellas County was one of the few remaining “purple districts” that could swing for either Republicans or Democrats and mostly elected moderate candidates from both parties. Democrat Charlie Christ currently represents the district.

Christ has opted to throw his hat in the race for governor and is opens in a new windowrunning against the sole elected Democrat in Florida’s state government, Agriculture Commissioner Nikki Fried, for the Democratic nomination.

For the Republicans racing towards the August 23 primaries, Anna Paulina Luna, with deep pockets and a campaign pitch as a Trump-endorsed Republican, Hispanic, veteran and former physician is the favorite to win, with an internal poll of likely Republican primary voters conducted by Spry Strategies (and commissioned by the Luna Campaign) noting that about 35% of voters favoring Paulina Luna, with Hayslett the runner up at just over 9%, opens in a new window reports Florida Politics.

While Republican candidates now find the 13th District more electorally feasible, Pinellas County overall now finds itself bisected and will likely see county and local municipal interests impacted by its congressional split. St. Petersburg finds itself divided between districts 13 and 14, with district boundaries running parallel west of I-275. The southwest of the city is now cut off from its downtown, finding itself in the more-reliably blue 14th District that encompasses much of the City of Tampa proper that is currently represented by opens in a new windowDemocrat Kathy Castor.