How the leading U.S. airport in air freight is crafting strategy for the long term 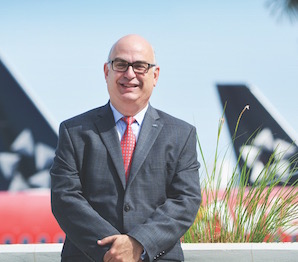 How has the strengthening U.S. dollar impacted passenger air traffic?

Our numbers have dipped as a result of the currency exchange rates, particularly when it comes to Latin American visitors. At the same time, we are expanding into new markets and seeing more diversification in our passenger lists. The net result was that 2015 was our best year for passenger growth, with 3 million more travelers year-over-year and a new record of 44.3 million annual passengers. Last year, Miami International Airport (MIA) also added eight new airlines and is now home to 101 carriers—the most of any U.S. airport. Additionally, MIA welcomed ve new international nonstop passenger routes: Cordoba, Argentina; Istanbul, Turkey; Manchester, England; Monterrey, Mexico; and Vienna, Austria. These developments speak to the fact that Miami is becoming more than just the Gateway to the Americas but the new gateway to the world.

For Miami-Dade’s business community, deepening ties with China is a top priority. What is MIA doing to facilitate direct air connection to the country?

Miami is the furthest geographic point from China in the mainland U.S., posing a significant barrier to bringing direct flights from China here. MIA’s strategy is not strictly focused on generating traffic to China, but building connectivity to Asia. Our studies show that mainland China on its own would not generate enough traffic to route a direct flight there, as they project that passengers from the country would only make up 25 percent of the demand for Miami-bound flights. However, Japan, South Korea, the Philippines, Indonesia, Vietnam and other Asian countries boast tremendous potential to fill planes. We are presently engaging with Asian air carriers that are investing significantly in ultra-long haul aircraft and looking to expand their routes, such as EVA Airways and Cathay Pacific.

In 2015, MIA was designated by the International Air Transit Association (IATA) as a pharmaceutical freight hub. What is the impact of this distinction?

Pharmaceutical air cargo is a huge industry, and so far we have only captured a small portion of it. In 2015, we became the first airport in the U.S.—and only the second in the world—to be IATA-certified as a pharma hub. In early 2016, MIA hosted our first, and well attended, workshop for key pharma stakeholders. This fits perfectly with our strategic plan to grow and diversify our cargo facilities. Pharma cargo at MIA has grown 80 percent in the last ve years. And with this designation, and the partnerships we’ve developed with our freight forwarders and customs brokers, I think we are well positioned to capture a huge portion of the lucrative global pharma business.