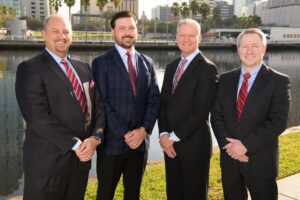 2 min read October 2021— Only two things in life are certain: death and taxes. The pandemic has been a stark reminder of the former but it was the election of Joe Biden that sparked concerns on the latter.

The president’s “Build Back Better” campaign platform laid out his agenda to create jobs and cut taxes on working-class families, offsetting those costs with bigger payments from higher-income earners, or as the White House explains, “…making the tax code fairer and making the wealthiest and large corporations pay their fair share.”

While it remains to be seen where the president’s tax policies will land, the potential increases, with a hike to the capital gains tax among them, and the concern for health in the wake of COVID-19 has underscored the need for effective financial planning, particularly when it comes to estates and the nuances — and tax rates — that impact inheritance.

The result has been a flurry of activity for financial planning firms, such as Continuum Wealth Partners. “The pandemic has brought mortality to the forefront of people’s minds. We have seen more engagement from our clients during this difficult time. Additionally, people are seeking a plan that is responsive to the current economic conditions,” said Continuum Wealth Partners Founder and CEO James Erb in a statement to Invest:.

As it stands, the estate tax has for the last several years provided an exemption for those whose personal estate remained under $11.7 million, or for a married couple a combined exemption of $23.4 million for 2021. This exemption will remain until the expiration of the Tax Cuts and Jobs Act in 2026 or if the Biden administration succeeds in implementing its proposed cuts to the exemption and returning it to 2009-10 levels that would see the top estate exemption lowered for individuals to $5 million or $10 million for couples, indexed for inflation.

The estate tax exemption is only one of the proposed ways in which taxes could be raised. Others include changes to trusts and a hike in the capital gains tax rate. The uncertainty surrounding which specific policies will be implemented have underlined the urgency to properly plan for a variety of scenarios.

“Potential changes with the biggest impact are increases in income tax and capital gain rates, the elimination of back door Roth IRA conversions and existing/future grantor trusts. The bottom line is that most of our clients will see tax rates rise, which makes planning mission-critical,” Erb elaborated.

There are multiple strategies to blunt the worst impacts of any hike, with differing advantages to each. A gifting strategy can be a useful tool, wherein stocks or funds are gifted to charities, religious institutions, or beneficiaries in advance, removing them from the books and paying the current tax rate on these assets as opposed to running the risk of having a greater amount taxed later on down the road. Gifting to religious institutions can qualify as tithes, and gifts generally can be written off for tax purposes, allowing even greater donations to be considered.

Certain assets can also be transferred to beneficiaries in lower tax brackets upon death by gifting. The lower tax bracket means that the recipient will likely end up paying less in taxes due to their income and thus avoid more severe outcomes from potential estate taxes. Another strategy to consider is employing a life insurance policy to minimize the amount paid in tax by using the funds provided by the insurance to pay off the tax due. Typical insurance policies when made with these considerations in mind pay out upon the death of both spouses and the estate passes to beneficiaries.

But as Bill Becker, Partner and Private Wealth Adviser at Continuum Wealth, explained, “No two clients have the same goal, and the potential legislative changes have underscored the importance of having a team of advisers: financial planners, estate attorneys, accountants and the like. It’s especially important to have a planner who coordinates with the other professionals on the client’s team.”

Or as Erb said earlier this year in an interview with Invest: “You can buy an index fund in an attempt to achieve similar returns, but who can you rely on to provide clarity around your goals and guide you through the complexities of planning and the ever-changing tax environment? At our firm, we call this “adding planning alpha.”