Death of the office? Not so fast …

Death of the office? Not so fast … 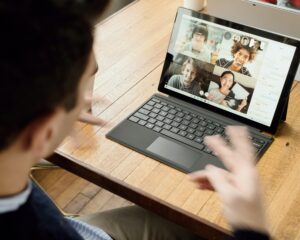 2 min read April 2021 — While it seems likely that a hybrid model may be here to stay, news of the death of the office may have been exaggerated.

Take Horizontal, for example. It is breaking from the alleged office-downsizing trend and planning to lease another 12,000 square feet of space at it’s St. Louis Park headquarters and bringing most of its employees back to the office later this year.

While there has been no exodus of companies from Minneapolis’ Downtown and City Center, Horizontal’s move does stand in contrast to the announcement by Target Corp, which is giving up almost 1 million square feet of office space in the city’s Downtown, effectively cutting its headquarters office space by one-third.The departure creates a noticeable vacancy in the central business district’s largest class-A office building, and nearly three-quarters of the entire structure.

In an email to employees explaining the move, Target’s Melissa Kremer, executive vice president and chief human resources officer, wrote that the 3,500 employees that operated out of City Center will be working from one of the company’s other local headquarters buildings, either in Downtown or Brooklyn Park.

While Target is the largest employer to downsize its office presence in the city, it was not the first. Portico Benefit Services, a nonprofit that provides benefit services for the Evangelical Lutheran Church in America, announced last month that it will begin relocating to a new office lease in neighboring Edina’s renovated RSM Plaza.

In contrast, Horizontal’s new lease will expand the company’s presence to a total of 52,000 square feet and accommodate the 65 new hires the company has made over the past year. Chris Staley, co-founder and executive vice president for the company, acknowledged to the Twin Cities Business Journal that while the company’s employees have managed to successfully work in a remote setting, the benefits of collaborating and working together in-person were too valuable to ignore.

“Some of the benefits of standing at a white board and using markers is critical to the collaboration required for us to deliver on client work,” he said. The company employs 178 people locally and 1,045 companywide.

The new reality of office flex-work and hybrid models is reflected not only in Horizontal’s office plans, but also those of the Minnesota Lynx and Timberwolves, who have also announced their return to the office this coming September. The organizations will use a mix of traditional, in-office schedules, as well as remote work.

“The new long-term policy will provide three work arrangements that best fit the needs of our business and staff,” Danielle Lund, the organization’s director of communications, said in an email to the Twin Cities Business Journal. The change will impact 140 corporate employees.

Reflecting the newfound confidence of widely available vaccines, Wells Fargo has also added its voice to the number of businesses announcing September returns, reflecting the belief that vaccines in conjunction with health and safety guidelines that companies have spent the past year fine-tuning will make the office environment safe to work in.

Photo by Surface on Unsplash