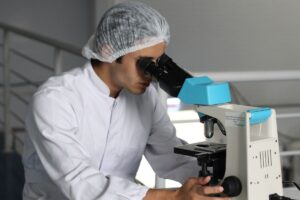 It’s a strong showing for the firm, which is listed as an “emerging growth company” per its filings with the Securities and Exchange Commision, reports the Star Tribune. The offered price was greater than the $15- to $17-per-share range that was initially disclosed in the company’s latest amended filing with the SEC. The company also sold 750,000 more shares than expected in the offering.

The initial public offering (IPO) follows a banner-week for Minnesota medical and healthcare companies, as CVRx is the third such company to go public in the last 10 days. Bright Health Group, Inc. went public with an IPO of $18.00, slightly lower than initially outlined. Miromatrix Medical Inc. also went public, with its stock opening at $9.00 a share. Both went public on June 24.

While the companies operate in the healthcare industry, none are direct competitors, illustrating the diversity of the healthcare sector within Minnesota. Before its IPO, Bloomington-based Bright Health was the state’s first unicorn — a startup that reaches a valuation of $1 billion before going public. The company is an insurance provider that works with narrow, local networks to reduce costs for customers. Miromatrix, based in Edina, is on a mission to eliminate the organ donor waitlist altogether by creating lab-grown tissues and eventually entire organs. CVRx is based out of Brooklyn Park and produces medical devices, specifically its Barostim Neo implantable device. The device uses neuromodulation therapy, electrically stimulating the nervous system near the carotid artery in the neck to treat chronic heart failure and resistant hypertension.

CVRx is one of Minnesota’s biggest venture capital recipients, having raised over $390 million from a variety of investors and firms such as New Jersey-based Johnson & Johnson Innovation, which owns 31.8%; Santa Clara, California-based Strategic Healthcare Investment Partners; venture capital giant New Enterprise Associates, which owns 17%; and the local Edina-based Vensana Capital, which owns 11.9% of the company, reports the Twin Cities Business Journal.

CVRx has been led by Chief Executive Nadim Yared since 2006. Educated in France, Yared is an industry veteran, having previously worked at Medtronic and GE Medical. The proceeds from the offering will be used to further the commercialization of the device and build out the company’s direct sales force as well as flesh out the corporate functions of the company. An additional $12 million will be devoted to continued research and development.

The CVRx IPO is one of 17 public offerings just this week, according to the Twin Cities Business magazine, signaling a hot IPO market on Wall Street. More than a few of this year’s IPOs have been located in Minnesota. Regional airline Sun Country Airlines went public in March and has since seen its price slowly climb from $34.00 a share to $37.01, or 8.8%. Agiliti inc., another medical-device manufacturer, and Skywater Technology, a chipmaker, both went public in April.

Photo by Lucas Vasques on Unsplash