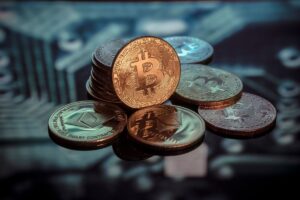 2 min read  March 2022— In Texas’ endeavor to become a hub for cryptocurrency mining, the resulting increased strain on the energy grid has become a concern.

According to a March 25 notice from the state’s main grid operator, the Electric Reliability Council of Texas (ERCOT) will require utilities to submit studies on the impact of cryptocurrency miners and other large users tapping into the grid before they can receive “approval to energize,” Bloomberg reported.

The move comes in the wake of Texas’ efforts to capitalize on the exodus of bitcoin miners from China after the country banned the use of cryptocurrencies and mining outright in 2021.

Texas has looked to capitalize on the flight, with a number of politicians from both the local and national stage showing their support. Gov. Greg Abbott has made courting bitcoin miners a key plank of his re-election campaign, and his primary opponent Don Huffines intends to make bitcoin legal currency in Texas if elected.

While Texas courts the cryptocurrency industry, however, the energy demands of miners will place a strain on the state’s energy grid. Texas’ electricity grid, unique in that it is independent and disconnected from the rest of the U.S., has had difficulties restoring confidence from its users in the wake of the devastating Texas freeze in 2021.

Texas regulators are still attempting to understand the full extent of energy demand that cryptocurrency miners will place on the grid. The Dallas Morning News reported that, according to the Texas Blockchain Council, as new mines come online over the next two years they may require as much as five gigawatts of additional electricity, enough to power the 1-million-person city of Austin twice over.

Nevertheless, Gov. Abbott has placed his faith in relocating cryptocurrency miners’ ability to quickly shut off their mining operations to adjust to shifting energy demands in the state, such as during the winter storms earlier in February. While the energy demand placed on the Texas grid will continue to rise, cryptocurrency miners and advocates argue that the increased demand will fuel opportunistic energy providers to fill the demand.

As miners continue to expand their operations across the state, they will have to consider the energy requirements of their operations to receive approval from ERCOT. Projects that add 20 megawatts of demand within the next two years on the site of a generator will be required to undergo the review process. For those without their own power generation site, the minimum threshold is 75 megawatts. The rule applies to new projects and expansions, reported The Dallas Morning News.