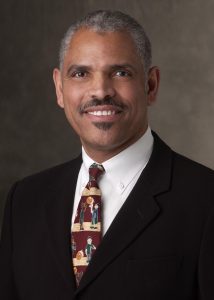 What are the growth trends for Miami-Dade cruising?
In 2014, 22.1 million people worldwide took a cruise – representing a 4-percent growth over 2013 – and this figure is expected to reach 23 million in 2015. Carnival Corporation ships carried nearly half of all global cruising traffic in 2014, while the company saw 25 percent growth over the previous year. Miami-Dade drives much of the cruise activity in Florida – the cruising center of the U.S., with 14.1 million revenue passengers (7 million individuals). PortMiami’s $2 billion long-term masterplan to expand cruising facilities will only support that growth. The port broke a world record in fiscal year 2014, processing approximately 4.8 million multi-day cruise passengers.  In fiscal year 2015, the port expects to welcome 34 total ships from 15 cruise brands, which is an increase from 2014. With an increasingly global cruise market, the port’s expansion will help to keep some of the biggest ships across the industry home ported in Miami.
Carnival Corporation’s global headquarters are in Miami-Dade. What are the advantages that this confers?
The advantages are numerous, including great weather, leading port operations, a solid customer base and close proximity to the Caribbean – by far the largest cruise market in the world. South Florida, therefore, enjoys a big advantage in its proximity and ease of access to one of the most beautiful parts of the world, with amazing itineraries and destinations.
PortMiami is one of the finest cruise ports in the world, with seven cruise terminals, on-port parking for drive-in customers and drop-off in front of each port for those arriving by taxi, shuttle or limo. Terminals D and E, each of which are 105,000-square-foot ultra-modern, three-story structures, can accommodate travelers sailing on some of the Carnival Corporation’s biggest ships. As part of the recent agreement Carnival Cruise Line signed with PortMiami to keep ships there through 2028, Miami-Dade County agreed to spend up to $10 million upgrading Carnival’s port terminals.
How do you see the cruise industry evolving?
With such a small percentage of the world’s population who has cruised, there is a tremendous opportunity available with first-time cruisers. About 50 percent of our addressable market has never cruised and 75 percent of that will consider cruising in the next five years. Attracting new cruisers to our industry – especially more socially conscious travelers and millennials – is the next big opportunity for all of us. The chief competition for cruising is land-based vacations, so as we better communicate our overall value, we can convince more new cruisers to vacation with us and exceed their every expectation when they are onboard.