Cruise industry sailing into unknown waters due to pandemic

Cruise industry sailing into unknown waters due to pandemic 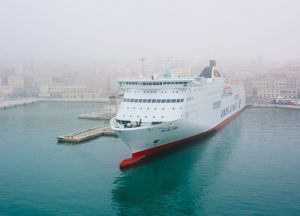 2 Min read July 2020 — This year has been nothing short of a disaster for the cruise industry, and for PortMiami this has presented some major challenges. Coming into 2020, expectations could not have been higher for the “Cruise Capital of the World” as it came off a record cruise year, reporting a 22% increase in cruise passenger totals for the 12-month period that ended on Sept. 30, 2019. With multiple port terminal expansion projects on the horizon and continued strong support from the county, it appeared as though the sky was the limit for the cruise industry in Miami-Dade.

This all rapidly changed as the COVID-19 pandemic began to spread throughout Florida, severely impacting the local community and economy of Miami-Dade County. On March 14, 2020, the Center for Disease Control and Prevention (CDC) issued the “No Sail Orderopens PDF file ,” preventing all cruise ships in the United States from normal cruising operations. This order has since been extended, first in April 2020 and most recently on July 16. Now with the order in effect until at least Oct. 1, 2020, the once bright outlook for Miami-Dade’s cruise industry now looks dark.

Due to the challenges presented by the pandemic and with the industry still on hold, some South Florida-based cruise organizations are rethinking their business strategies and expansion plans. One such company is the Miami-based Norwegian Cruise Line Holdings Ltd, which announced on July 16 that it was launching an underwritten public offering of $250 million worth of ordinary shares. As reported by Bizjournals, the net proceeds from the offering would be used for general corporate purposes.

While NCL is offering shares in its company, other cruise organizations are working with the county to look at restrategizing terminal expansion and development plans at PortMiami. After a vote on July 14 by the Miami-Dade County Tourism and the Ports Committee, plans were set in motion to negotiate a revised scope of work for two terminal projects at PortMiami. One of these terminal projects is that of Broward-based MSC Cruises, which would look to benefit from these negotiations as an extended timeline would allow it more time to secure the proper funding for its $300-million project. The other project under discussion in these negotiations is the Terminal V project at PortMiami belonging to Virgin Voyages. The company, in collaboration with the county, is working toward finding a way to reduce the cost of the $179-million project.