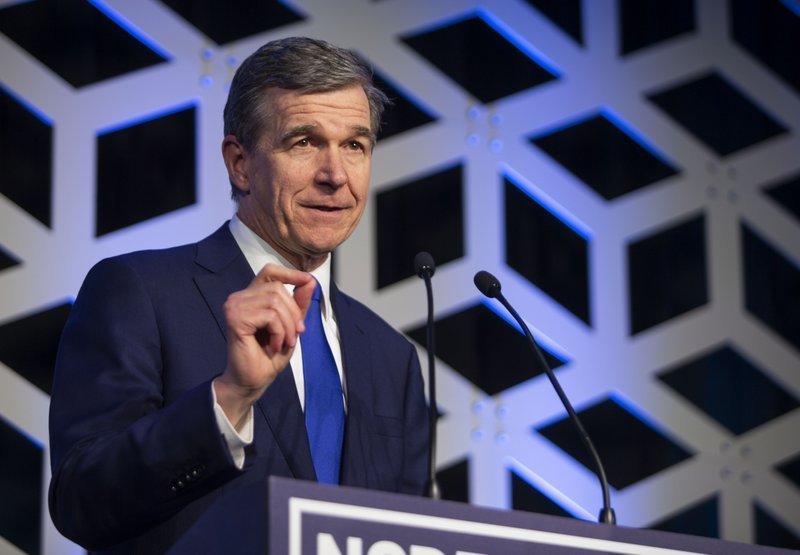 2 min read November 2020 — While the nation awaits the outcome of the presidential vote, North Carolinians know where they stand: four more years under the incumbent governor. Democrat Roy Cooper defeated Republican challenger Dan Forest in what has been an overall contentious election season.

As Cooper returns to the governor’s mansion, a clear winner this election season was the Queen City, whose citizens overwhelmingly supported almost $200 million in city bonds to bolster infrastructure improvements, affordable housing, and neighborhood improvement projects.

In his first appearance since reelection, Cooper on Thursday offered an update on coronavirus cases during a press conference at the state’s Emergency Operation Center. More than 2,500 new positive coronavirus cases were reported as of Thursday and more than 285,500 people in North Carolina have contracted the virus since March 3, according to the North Carolina Department of Health and Human Services. “The election on Tuesday, of course, is a focus for many this week but our work battling COVID-19 continues without pause. This virus is still with us and nothing has diminished our resolve to prevent its spread,” Cooper said. “Everybody in our state needs to take COVID-19 seriously. I know that it’s difficult and tiring after months of having to be careful. But don’t let frustration and fatigue cloud your judgement when it comes to staying safe and protecting your loved ones.”

In Charlotte, three different city bonds slated for construction and revitalization of transportation corridors, more affordable housing and neighborhood improvements passed with overwhelming margins. Voters decided on a more than $197-million bond referenda package, consisting of three bonds, by a margin of more than 70 percent margin, according to North Carolina State Board of Elections records.

“Tonight’s passing of the City bonds sends a clear message: Charlotte must continue making the necessary investments in our infrastructure. These bonds will provide funding for key projects that help with the city’s growth in vital areas. Voters’ support for the 2020 bond referenda package shows our community is committed to creating a better future for our city,” said Charlotte Regional Business Alliance Senior Vice President Joe Bost. “This is a tremendous victory for our city and the greater region for sustaining Charlotte’s reputation as a great place to live, work and do business.”

From the bonds, $102.7 million will be allocated to transportation, $50 million to affordable housing and $44.5 million to neighborhood improvements. The bond package is the fourth to pass after similar packages in 2014, 2016 and 2018.

As of Friday, the contentious presidential election remained too close to call as Nevada, Georgia, Alaska, Pennsylvania and North Carolina continued to count votes, with challenger Joe Biden of the Democrats ahead of Republican President Donald Trump in the total tally.