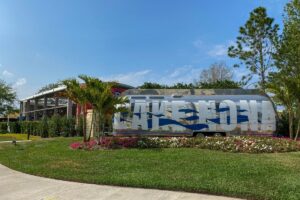 2 min read September 2021 — Lake Nona continues to add companies and events to its roster as it grows its reputation as “an innovative living lab.”

The latest development involves leAD Sports and Health Tech Partners. The companies announced in early September the launch of the Lake Nona Sports & Health Tech Fund with $30 million. This is the second announcement leAD Sports has made in the past two months regarding Lake Nona.

In late August, leAD announced plans for its second cohort. The event invited tech startups from all around the globe to stay in Lake Nona and use its collaborative environment and advanced technology. “What we have found for this cohort is nothing short of amazing! From solutions that aggregate your data and make you a better athlete to wearables that can truly save lives, each company has the potential to truly disrupt their market,” said Christoph Sonnen, leAD co-founder and CEO,  quoted by Lake Nona’s website.

The Lake Nona community has been labeled “an innovative living lab” and it’s being privately developed by the Tavistock Group. Other economic institutions are also collaborating and striking partnerships. The Orlando Economic Partnership, the City of Orlando, Tavistock directors and CEOs from dozens of companies have all come together to highlight Lake Nona as a world-class, health and technology-focused, futuristic, sustainable community.

In July, Disney also announced a new regional hub migration from California to Lake Nona. The entertainment giant asked all its professionals outside Disneyland Resort and the international parks business to relocate to Orlando. The move will bring more than 2,000 jobs that average a $120,000 in annual salary.  “With more than 60,000 Cast Members, Imagineers, and employees, Central Florida has long been home to many of our businesses, including the Walt Disney World Resort and most of our Disney Signature Experiences team,” Josh D’Amaro, chairman of Disney Parks, Experiences and Products told the Orlando Sentinel.

Also in July, Innovacare announced that it would be relocating from White Plains, NY, to the Lake Nona Town Center, where it will occupy around 22,000 square feet. This move will create 60 new high-paying jobs but, more importantly, it accentuates the medical edge that Lake Nona seeks to sharpen. The move was motivated by “the advantages offered by the community’s healthcare ecosystem, including the density of qualified talent and advantages offered by the cluster of innovative healthcare and life sciences companies,” said InnovaCare Health President and CEO Dr. Richard Shinto in a release on the company’s website.

Lake Nona Medical City is a 650-acre health and life sciences park within Lake Nona. The center is a landmark for the state and is home to numerous hospitals, research centers and health campuses from different universities. The idea is that proximity among institutions whose visions align will accelerate innovation.

The city of Orlando is offering grants to companies that want to relocate. Through its STRIVE program, the city seeks to incentivize companies that create jobs at 115% of Orlando’s median wage by partially offsetting moving costs. Innovacare was one of the companies that applied and qualified for the grant.