City of Westlake is on an upward trajectory.

City of Westlake is on an upward trajectory. 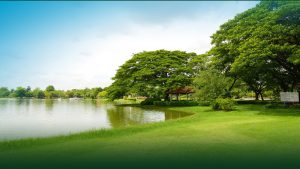 2 min read October 2020 — Located in western Palm Beach County, the city of Westlake continues to attract new homeowners, even in the midst of a pandemic.Minto Communities USA, the master developer and lead home builder, is overseeing the growth of the county’s newest city as Westlake, established in 2016, matures into an affordable, family-focused community.

“There are roughly 3,790 acres of land within the city limits,” City Manager Kenneth Cassel told Invest: Palm Beach. “Since the inception to date, there are now some 500-plus homes occupied, a sales center constructed, an amenity center, a stand-alone emergency surgical center and a 400-acre solar power site within the city limits. All the respective infrastructure for the current development pods has been constructed. The city continues to develop at a rapid pace.”

“We were extremely pleased with the success of our first two neighborhoods, The Hammocks, which is sold out, and The Meadows, which is over 80% sold out,” President Mike Belmont said in a press release. “With the increased demand for living in more wide open spaces, we anticipate this incredible momentum to continue with The Groves.”

Home sales in Westlake continue to beat projections as Minto Communities has sold more than 640 single-family homes since opening in October 2017, the developer reported. A census report in July 2019 showed that the city of Westlake is the fastest-growing city in Florida.

“We have a good mix of elderly couples, young families and single individuals buying property and moving to Westlake,” Cassel said. “There is an elementary, middle and high school in the city to support young families; additionally, another school site has just been conveyed to the school board for another elementary school.”

Major companies like Florida Power & Light and Wellington Medical Center are settling in the area. In 2018, Florida Power & Light announced plans to construct 400 acres of solar panels set to produce 74.5 megawatts of power, Cassel said. “The company also constructed the solar farm and a substation in the city that feeds Westlake and other nearby communities on the grid,” he said. Last year, Wellington Regional Medical Center opened a new stand-alone emergency department and last December, it acquired the adjoining 35 acres for a future medical campus.

All in all, Westlake is quickly moving past its infancy and maturing into a city to rival other great Palm Beach County municipalities. “If interest rates remain steady, we are forecasting the same growth pattern over the next several years,” Cassel said. “The developers are delivering an affordable product and people will continue to relocate to the city. The city of Westlake offers competitive living costs and a great lifestyle for current and future residents.”