Charlotte: Toe to Toe with Coronavirus

Charlotte: Toe to Toe with Coronavirus 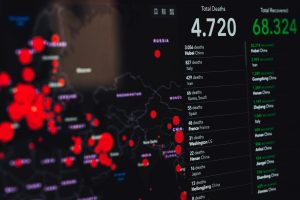 4 min read June 2020—The tenacity of the coronavirus has challenged, and at times highlighted, the economic strength of cities across the nation. While the pandemic has severely bruised the Queen City’s economy, the city’s dexterity and sound fundamentals are helping to soften the blow as Charlotte recoups and prepares for an uncertain future.

Marked by serious losses and promising victories, June has been a roller coaster of economic activity for the Charlotte Metro Region. Unexpectedly, the city’s hospitality sector, an already embattled segment of the economy, suffered a further blow when President Donald Trump and Republican leaders swiftly yanked the Republican National Convention (RNC) out of Charlotte after coronavirus-related concerns prevented North Carolina leaders from guaranteeing a fully operational Spectrum Center, hotels and other amenities. But as Charlotte reeled from this sudden blow, the region jabbed back at the coronavirus-related adversity with positive job expansion and promising rezoning announcements slated to be catalysts for growth in the near future.

Two years of RNC preparations vanished as RNC leaders decided to move more than half of the August festivities to Jacksonville, Florida. Since winning the bid to host the 2020 RNC in 2018, the host committee and Charlotte’s hospitality and business leaders have toiled to ensure a smooth and enjoyable experience for the thousands of delegates, journalists, and visitors expected for the event. However, as government and business leaders entered 2020 confident about the state of the economy, the contingency plans unsurprisingly failed to factor in a global pandemic and the subsequent reduction in major events and large gatherings of people.

In late May, in a letter to Gov. Roy Cooper, RNC leaders demanded that Charlotte, which remains in a state of emergency, guarantee a “full convention,” and “full hotels and restaurants, and bars at full capacity,” according to a response letter published by the governor’s office. Citing uncertainty and the state of the coronavirus come August, Gov. Cooper said planning for a scaled-down convention with fewer people, social distancing and face coverings is a necessity. “As much as we want the conditions surrounding COVID-19 to be favorable enough for you to hold the Convention you describe in late August, it is very unlikely,” Gov. Cooper wrote to the RNC leaders. “Neither public health officials nor I will risk the health and safety of North Carolinians by providing the guarantee you seek.”

This lack of guarantee prompted RNC leaders and President Trump to move three of the four convention days to Jacksonville, according to different news sources. Charlotte will host the first day of the convention, with the traditional speeches and fanfare occurring in Jacksonville. The convention is scheduled to run Aug. 24-27.

“We wanted to host the RNC because we hosted the Democratic National Convention in 2012 and so we want to prove to the world that we are capable of delivering high-quality events,” Charlotte Mayor Vi Lyles told Invest: Charlotte in the spring, before the RNC decision. She further explained the advantages for Charlotte: “It is a great branding opportunity for the city, as we expect up to 50,000 people, including many international journalists, to visit during the event. It will also provide a huge boost to our hospitality industry.” she said. The convention was expected to generate more than $150 million in revenue for the area’s restaurants, bars and hotels, the Charlotte Observer reported.

As the hospitality and tourism sector begins to gather its composure after such a punch, Charlotte heavyweights aim to continue to strengthen the region’s foundation. Two significant redevelopments projects moved forward on Monday after receiving unanimous approval from city leaders. Rezonings were approved for the redevelopment of Atrium Health’s Midtown flagship campus and the former Eastland Mall property in east Charlotte, according to the Charlotte Business Journal.

Atrium Health, the region’s largest employer, seeks to rezone close to 70 acres at the Carolina Medical Center to accommodate a live, work, and play environment, complete with a new bed tower, rehabilitation hospital, office space, affordable housing and more. In 2019, Atrium Health announced more than $1.5 billion investment in the Charlotte metropolitan area to help build new infrastructure, including new hospitals and medical facilities, President and CEO Gene Woods Told Invest:Charlotte in the spring. “This is about more than just adding brick and mortar. It’s about investing in this community because this is the place our friends, our neighbors and our loved ones call home, and we want to see it continue to thrive,” Woods said. “As the major healthcare system in the state of North Carolina, we know we can play a key role in helping our economy flourish as well.”

The Eastland rezoning includes close to 78 acres of mostly city-owned property, according to the Charlotte Business Journal. The site will be the future headquarters of the yet-to-be-named Charlotte Major League Soccer team, owned by business leader David Tepper. Similar to the Atrium Health project, Eastland will be the site of mixed-use development featuring residential units, office and retail space, and athletic fields.

And while these projects are expected to pay dividends to the community in the future, the region scored significant economic development victories on Tuesday when Chime Solution and Ross Stores announced the addition of 250 and 700 jobs respectively to the region’s economy.

Georgia-based Chime Solutions, a provider of customer contact services for several industries, will add jobs for licensed life and health insurance agents and will pay $16 an hour and include training and licensing,  WFAE reported Chime Solutions  opened an office in the University City area last fall. Leading off-price apparel and home fashion retail chain Ross Stores Inc. announced it will expand its distribution and warehousing operations in York County, according to the Charlotte Regional Business Alliance. The company’s $68 million investment is projected to create 700 new jobs over five years.