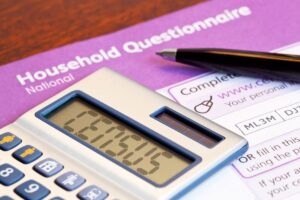 2 min read August 2021 — While the most recent U.S. Census revealed concerning trends for many metro areas across the United States, Philadelphia stood out for its positive achievements since the last poll, despite hurdles like the 2020 pandemic.

The 2020 Census, released in mid-August, showed that Philadelphia strayed from the more challenging national trends that could hinder economic growth. In fact, over the last decade, Philadelphia increased its population size by 5%, further confirming that the growth Philadelphia has been experiencing since 2007 is not transitory.

The United States saw a 7.4% rise in population over the last decade, the second-lowest increase since the Great Depression, when the national population rose 7.3% between 1920 and 1930. During the last decade, Philadelphia’s population showed a 5% average expansion. While it may seem like a small number, this increase maintains a two-decade growth streak for the city, which broke the negative growth pattern that Philadelphia had been suffering from 1950 until early 2000.

“After decades of decline through the end of the 20th century, Philadelphia has seen consistent population growth for nearly two decades now, showing that our great city is a place where people want to live, work, and raise a family,” Mayor Jim Kenney told AP.

The majority of the population growth happened in the suburbs around Philadelphia, a trend that bucked the statewide picture that showed most of the counties in the state lost people over the past decade. This trend is reflected nationwide, with less than half of the counties across the country gaining population and four-fifths of metropolitan areas increasing their population numbers.

Steady growth in cities may come as a surprise given that last year COVID-19 highlighted migrations away from densely populated areas like cities. However, the recent data possibly indicates this migration was temporary, amid the pandemic that enabled people to work remotely from any place in the country.

One concerning trend for Philly is its aging population. Between 2010 and 2020, America’s baby boomer generation, or people over 55, grew by 27%, compared to the lower aggregate growth rate for those aged younger than 55, which was 1.3% or 20 times lower. Philadelphia expects its senior population to grow by two-thirds by 2030. According to the Brookings Institute, the alternative to counter an aging population is to incentivize immigration, which plays to Philadelphia’s advantage as immigration was among the factors fueling the city’s increase in population numbers.

While the census in Philadelphia showed that white and Black populations decreased by 7% and 5%, respectively, it also showed that Latinos increased by 27% and Asians by 39%.

“This is a majority Black and brown city,” City Council member Maria Quiñones-Sánchez told NPR. “For me, the [census] numbers are an opportunity to continue to highlight why these communities need support and investment because they will be the ones that will help the city recover.”