Cash out across the Atlantic

Cash out across the Atlantic 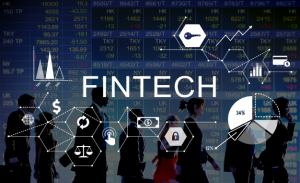 Once the domain of the science fiction fantasy, experts are predicting a cashless society in the U.S. by 2030. As Apple Pay, Bitcoin and contactless cards are taking the place of traditional bills and coins, electronic payment is becoming one of the most crucial segments of the fintech sector. With the launch of the P20 Payment Conference, Atlanta, Georgia is consolidating its position right in the center of this lucrative system.

June 2017 – In an April 2017 survey conducted for ING Bank, 38 percent of respondents from the U.S. said that they would like to “go completely cashless.” For a generation of professionals raised with debit cards, the idea of making even the smallest of transactions without resorting to traditional bills and coins is becoming more reasonable. However, with this new era for day-to-day financial transactions comes an increased demand for processing infrastructure, security, and innovation. 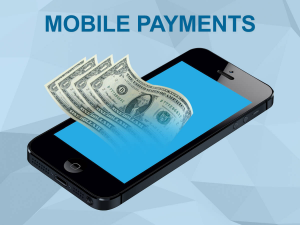 opens IMAGE file Atlanta has been on its way to becoming a center for credit card payment processing since the late 1980s when caps on the credit card fees were lifted and credit card companies flocked to Georgia. In 2017, around 70 percent of all transactions in the U.S. were going through Atlanta, according to the American Transaction Processors Coalition (ATPC), earning is the title of “Transaction Alley”. Around half of all global payments are currently processed in Atlanta and the surrounding region.

“Atlanta sits at the intersection between financial technologies and a large number of payment companies. The cost of living and operating makes Atlanta a good prospect for companies, and the educational environment here is very good. It makes sense to have a concentration of fintech companies here.“ Joan Herbig, CEO of ControlScan told Focus: Atlanta 2017.

To build upon this already impressive standing and with an eye to the future of international payments the first P20 conference, run in partnership with the City of London, UK will be taking place in October 2017. The conference will alternate between Atlanta and London and will bring together 20 of the most important payment processing institutions, as well as bankers, politicians and other members of the international finance industry.

“The P20 conference will be great for Atlanta. London is often considered a financial capital and so having bilateral cooperation between London and Atlanta is itself advantageous. The P20 conference will be a great launching pad for more awareness and the promotion of Atlanta on the global stage.” Barry McCarthy, executive vice-president of First Data told Focus: Atlanta in May 2017.

The aim of P20 is to bring together key innovators and stakeholders to work on a range of issues such as security, regulation and developing technology. It will create a direct connection and partnership between Atlanta and London, leading to long-term synergies and importantly, facilitating dialogue surrounding issues such as growing security risks and the need for regulation.

“The P20 conference is our international platform that will bring together regulatory thought leaders with industry thought leaders from the U.K. and the U.S. It will nurture new ideas around the future frameworks. We want to set up global regulatory frameworks and we want to do this in an inclusive fashion.” H. West Richards, executive director of ATPC told Focus: Atlanta 2017.

The Fintech industry supports more than 40,000 jobs in Georgia, and is worth more than $30 billion per year. Despite uncertainty as to its place in the EU, London held onto its title of financial capital of the world in 2017. The P20 partnership will bring the international recognition that Atlanta deserves, and help to grow its already vibrant fintech industry even more.