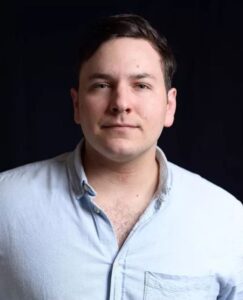 2 min read June 2022 — Ryan, content manager at Capital Analytics Associates discusses his upbringing in South Florida and China. Ryan goes on to explain how he ended up in the field of journalism, and why the future and innovation of technology are his favorite topics to write about.

Where did you grow up?

I grew up in South Florida, in the suburbs of Fort Lauderdale. It was a great time. I played quite a lot of sports including baseball, tennis and golf. Then for a few years, I moved to China and then came back to South Florida for my last year of highschool. I went to university in Florida because it was easier scholarship-wise. I was going to school in Tampa for economics, but I also took some Chinese classes. Immediately after I graduated, I did a few internships, but there was nothing that I felt overly passionate about, so I decided to move to China. I initially started as a teacher in China and progressed from there.

Did you always want to work in journalism?

I didn’t originally want to be a journalist when I went to college. I went to college thinking I wanted to play music because in high school I was playing piano, guitar and all sorts of instruments. I realized pretty quickly that it was more of a hobby and wasn’t really for me. What I did always have a strong interest in was how the economy works, how businesses operate and how they manage to make more money than they are spending.

When I was going to university in Tampa, economics majors were in two different schools: the school of business and the school of arts and sciences. While I was there, they were phasing out the business economics degree and the business school, but I really wanted to take those business classes and be a part of that college. I remember going to the counselor’s office several times in one semester to try and convince them to let me be the last cohort before they wrapped it up. It worked, and during my time I was able to compete in elevator pitch competitions and business cases. I even won an award for being a top business student called the ‘Top 25 Under 25’. It was really rewarding, and I don’t think that I would have gotten that same experience at the School of Arts and Sciences.

What inspired you to begin your career in China ?

In my last year of college, I had already known I was going to go for at least one year and teach English while working on my language skills. So, in my last year of college, between internships in sectors like lobbying and financial services, I had also started to teach financial literacy to kindergarteners, but I wasn’t that interested in anything I was doing. I wasn’t sure how long I wanted to stay, but I decided to move to a small city outside of Beijing where no one spoke any English. It forced me to interact with the community, make different types of friends and improve my language. I have even conducted interviews with CEOs of Chinese companies in Mandarin.

What is your favorite thing to write about?

Anything that involves technology I am pretty fascinated with because there are so many cool things being done on that front. For example, we recently did a story focused on smart cities and all the way sensors are keeping communities safe. Even things like the internet and how everything will look in the next decade are going to be fun to keep tabs on because it’s always changing.

What published piece of writing are you most proud of?

Usually, I am trying to move on to the next article or story, however, I will say that when I started my career, I would do cover stories. The first couple were very unique because it would be an accumulation of the work I put in over two months to build these stories with research and interviews conducted with key stakeholders who had different vantage points. I’d say that the first cover stories I did on history, rising sea levels and archaeology in China were very special. I like doing online articles, but there is something unique about publishing something in print and knowing that any mistake you made is going to live there permanently.

What has been your favorite thing about working for Capital Analytics so far?

Sometimes in interviews you are able to pull out of interviewees that raw sense of genuine feeling of striving to do something great for the community. I think most of the people we interview here really have that strong sense of community and a true grasp on the market that they are working and living in. That always seems to come through in the interviews we do, and it gives me a good vibe.

If you were an animal, what would it be?

I am a big hippo person, but I would never describe myself as a hippo because they are absolute monsters in the water. I’d like to say I am like a dog. I am pretty friendly and easygoing; I like to keep it positive and stay away from pessimistic people.