How is Miami’s development boom affecting the county’s infrastructure? 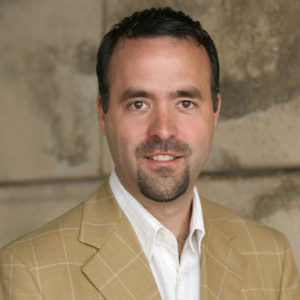 We are growing up as a city and to sustain this, we need to think about infrastructure. One issue that is not a priority, but should be, is our water and sewer systems. Our physical plant hasn’t been updated in decades and it is decaying fast. This is a hard political issue because we would have to spend money on it. We are also seeing limitations in terms of electricity. We don’t have the land to create big power-generation plants to support the pace of development. One option is to expand the existing power plants across the state, but this would mean putting in power lines, which is difficult because of environmental issues. Florida Power and Light (FPL) is trying to build a new transmission line from Turkey Point all the way to Downtown Miami and they are facing some community opposition. No one wants to see those big power lines on their street, but we have to find the right balance between aesthetics and meeting our growing needs. If something doesn’t happen soon, construction will have to slow down because electric utilities will not be able to meet the demands of those buildings. In terms of a viable renewable resource, there has been discussion about putting wind turbines in the Gulf Stream to generate hydroelectricity. Solar is another promising frontier for us.

How will the use of public-private partnerships (PPPs) address South Florida’s infrastructure needs?

PPPs are more efficient than wholly public sector-managed projects because private companies are more efficient when it comes to deploying capital. The major challenge comes about when public amenities turn into business ventures. Right now, we pay very low rates for water. But if Miami-Dade Water and Sewer Department (WASD) becomes a public-private venture, rates may go up. WASD is a significant monetary contributor for the county. What will happen if we take that source of income away from the county’s general budget? While there is a tradeo, we need to invest in our infrastructure for our long-term needs.

MasTec is also active in building telecommunications infrastructure. How will this evolve in Miami-Dade?

Technology is a big driver for our future, and we are going to see a massive expansion of gigabyte speed internet. Although we have a great telecommunications infrastructure, most of the facilities in Miami are still copper-based and it would take rebuilding the infrastructure to increase of the amount of fiber that is needed to give consumers higher speeds and much higher bandwidths.