Bringing benefits of Short Term Rentals to the communities

Bringing benefits of Short Term Rentals to the communities 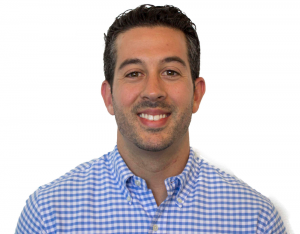 To what extent does Airbnb produce economic benefits to communities in which you operate?

We look at it from two angles: from the host perspective and from the guest perspective. From the guest perspective, this is an incredible benefit to them because they are able to have choices. At the end of the day, they put the value on the product. From the host perspective it is even better, because now they are able to optimize their asset. There are other companies that optimize services and time, but we optimize what is often one’s greatest assets: their home. A specific segment of the population that benefits from Airbnb are empty nesters, senior citizens sand those on fixed income. As it relates to our Seniors, they are not only staying active, which is important considering what we know about the effects of isolation, but they are also gaining a revenue stream. Airbnb not only produces an economic impact, but also a societal one. We are very proud of this.

Miami ranks in Airbnb’s top five markets in the U.S., behind New York, Los Angeles, San Francisco and Boston. What has been the company’s strategy to achieve such an impressive growth? What are the main differences in terms of market performance between Miami-Dade and the other top markets?

I don’t think it has as much to do with what Airbnb has done, rather it is a testament to the great community and destination that is Miami. According to the last census, we have 800 people a day moving into Florida, in net terms. Those are the ones moving in permanently. We are breaking tourism records every single quarter. And as much as I would love to take credit for that, the credit goes to South Florida and, in particular, the Greater Miami Conventions and Visitors Bureau (GMCVB), which ensures national and international visibility through their marketing efforts. We have amazing weather, the best beaches in the world and great food. There is no reason not to come to Florida 12 months of the year.  We are the Gateway to the Americas.  If you’re flying in from Europe, Africa, South America, North America, or anywhere else, you’re going to stop in Miami. And we have options for everyone’s tastes and purpose – whether you’re traveling for business and need wifi and a printer, or you are in need of medical assistance and must be close to your hospital, we offer all the options. With such affordable rooms offered on Airbnb, who is not going to want to stay an extra couple of days?

Some cities across the U.S. have embraced the short-term rental service, while others have fought Airbnb head on. How is Airbnb finding Miami-Dade to do business when it comes to regulation?

Miami-Dade has 34 municipalities. When you look across the county, there are some cities that are excited about it, while other cities that simply don’t know about us. When we came to Florida, we came to educate, advocate and make sure that the communities came out benefiting from Airbnb. There is a lot of educating to do. Airbnb is part of the new economy, and as the communities learn about home sharing, I am confident they will be more comfortable with it. That is why we are not rushing. We want to do the right thing, which is paying our taxes, and have common sense regulations that ensure our host are operating safely, legally and fairly. We have had very important meetings with municipal authorities across the county because we want them to look at us as a partner.

How has Airbnb impacted an already competitive hotel market in Miami-Dade?

The GMCVB produces a report where they describe the state of the market. And their numbers are growing. This supports our position that we are not taking a piece of their pie. Instead, we are making the pie bigger.

What can be done to avoid speculation in Airbnb? What has been the impact of this speculation on gentrification effects?

We have to look at it in a case-by-case base scenario. Every city has its regulations. However, it is also true that the studies show that short-term rentals have very little impact to the affordability of housing. Even so, in the cases where there has been speculation, we need to work with the authorities and the communities so this doesn’t become an issue. However, when we think about Florida, we know that second homes are part of the fabric and tradition of our State since the days of Henry Flagler.