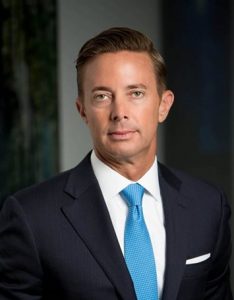 City National Bank was recently acquired by a large Chilean company. How does this event fit within other trends in South Florida’s banking sector?

What happened with City National is unique. Not many community banks in South Florida are foreign-owned. We will continue to see a separation in the marketplace between the large banks and the smaller ones. Any organization that can fill that middle space, where you still have scale and technology, a good product offering and qualified bankers, but can conduct business in a small bank, “high-touch” way, is well-positioned. This is the niche that City National—which benefits from having a $40-billion parent company—occupies. From a broader standpoint, consolidation will continue to take place, in part because of the impact of regulations; in order to absorb the expenses related to providing proper oversight of a financial institution, you need more size. But the overall metrics in the industry—the costs of retaining talent and technology—also serve as contributing factors.

Miami is unique in that it has attracted capital from all over the world. One trend we are seeing is the entry of hedge funds and private equity firms in this market. This generates growth and brings greater liquidity to the marketplace, but also creates more competition. Much of the capital coming in, however, does not directly compete with traditional commercial banks. Non-banking financial institutions offer a different profile of investment than is needed in the marketplace. They complement what banks do and contribute to the maturation of this market.

What are some of the other indicators of the maturation of the South Florida market?

From a financial services standpoint, many banks here have already been through an economic cycle or two. These institutions have matured simply because they have been in existence and are seasoned, and the same can be said for local management teams. While Miami is relatively young compared to most major metro markets, this city has much more global visibility today than ever before. This means that even if we see a momentary pullback in values, either the capital is already here, or those who control it are already acquainted with this market and its offerings and will step in much sooner to deploy it. We are seeing capital coming from different markets— Europe, Asia, South America and even Mexico. It signals another stage of development when global investors feel there is enough opportunity and financial sophistication to warrant continued and large-scale investments. This is another indication of further development, progress and confidence in the overall marketplace.