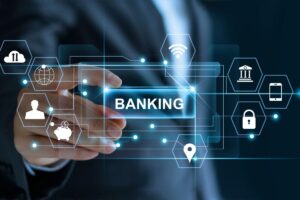 2 min read January 2022 — The start of the COVID-19 pandemic brought new urgency to the digital transformation in banking and branch closures have continued to ramp up. From the Office of the Comptroller of the Currency, weekly bank closure reportsopens PDF file show the ongoing trend across the nation, and locally in Philadelphia, as banks shift to digital banking services and close their brick and mortar locations.

For the week ending Dec. 18, 2021, there were also two closures: one in Berks County and one in Monroe. For the week of Dec. 11, four PNC branches closed — one in Philadelphia, one in Montgomery County, and the other two in Allegheny County. In the same week, a Wells Fargo in Lancaster County closed, as well as a JP Morgan Chase in Montgomery County and a JP Morgan Chase in Philadelphia. As the weekly reports continue, so do the closures.

The bank closures cut costs for the nation’s largest banks substantially. Wells Fargo, which cut its branch footprint in the Philadelphia region from 172 to 160 in the year ending June 30, 2021, announced plans to close 250 branches in the United States, with CEO Charles Scharf telling investors in July 2020 that the bank needed to shave off $8 billion in expenses (or about 14% of its annual noninterest expenses), according to the American Banker.

PNC, the largest bank by market share in Pennsylvania, aimed to reduce company expenses by $300 million for 2021, according to Nasdaq, with the company’s fourth quarter financial report expected to be released January 18.

The closures have also left an opening in the real estate market, as hundreds of bank buildings shutter and wait for investors to bring the buildings new life and new purpose. With drive through lanes and large indoor footprints, the banks are being repurposed as restaurants with drive through lanes, retail locations, doctors’ offices, car washes, pharmacies and more, the Philadelphia Business Journal reports. Often, the bank branches are in prime real estate locations, providing new opportunities for the area’s businesses.

Despite concerns that bank closures will lead to less access or fewer services, the bank closures in Philadelphia are on trend for the nation. National, Canadian-based TD Bank closed the most branches in the period running from July 1, 2020 – June 30, 2021, with 8% of all branches closing that year. Wells Fargo and PNC each closed 7% and Citizens Bank and Santander Bank closed 3%.

Several regional banks have also made cuts, including Pennsylvania-based Univest Bank, which closed 39 locations, and New Jersey-based OceanFirst Bank, with announced plans to close one-third of its branches, according to DELCO Today. To dress accessibility concerns, however, some banks are taking creative approaches.