Back on track: Rail strike averted

Back on track: Rail strike averted 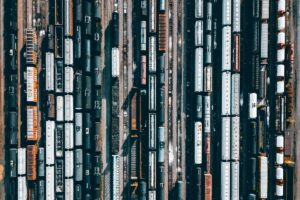 2 min read September 2022—Earlier this morning, a tentative deal was struck between the country’s railroad union representatives and railroad companies. The agreement wards off a strike, allowing most rail systems, including Florida’s, to breathe a little easier.

Florida has over 2,700 miles of railsopens PDF file crisscrossing the state and two Class I railroads – Norfolk Southern and CSX, both of which have union employees and were involved in the negotiations to avoid a strike that would’ve cost the country $2 billion a day. While negotiations were underway, Amtrak canceled all long long-distance trains, including the New York to Miami Silver Star line which stops in Orlando, and its Auto Train service that allows riders to take their car with them from the DC-suburb of Lorton, VA down to Sanford, FL. Local commuter rail systems, including Orlando’s SunRail and the South Florida Tri-Rail, were preparing contingencies in the event of downstream impacts affecting operations, despite the carriers not having workers involved in the potential strike.

Other railroads, such as Brightline and the Florida East Coast Railway, do not employ unionized workers and anticipated regular service.

WIth a potential agreement reached, the next step lies with the union members to accept the deal. Following a post-ratification cooling off period, union members will vote on whether or not to accept the agreement, the terms of which include 24% income raises retroactive to 2020, $5,000 bonuses, and the ability to take unpaid time off for doctor’s appointments, without being penalized by strict attendance policies that the railroads use. This was arguably the lynchpin of the union demands, highlighting how quality of life has emerged as a key concern of employees amidst one of the tightest labor markets in recent history

While the results of a union vote will be determined over the course of the next few weeks, the question remains – how big of a bullet did Florida dodge? While the majority of the state’s railroads would not have been directly impacted, and with Amtrak already working to restore service to its Orlando and Miami routes, the impacts felt across the state would have been the result of downstream supply chain impacts on specific industries, as opposed to the wholesale chaos promised by the multi-billion dollar daily price tag a strike would’ve cost the country overall.

In an interview with ABC Action News / WFTS Tampa Bay, Alix Miller, president and CEO of the Florida Trucking Association said, “It’s estimated that if there is the rail stop, nationally, we’ll need 460,000 more trucks to pick up that slack, which is just not practical or feasible by any stretch of the imagination,” noting that supply chain consequences would be the most noticeable impact for the state.

“We do not produce coal in Florida; it’s imported from other states for our electricity, food, vegetables, corn syrup, chemicals, and even the chemicals that we use to clean water for, for it to be potable, for drinking,” she continued. “All these things come by rail and then are picked up by trucks to be delivered and used,” she said.

While Florida, thanks to its seaports and strong highway system, is more insulated than most to supply chain shocks, the number of truckers necessary to pick up the slack is simply not available, with the country experiencing record low unemployment and about two jobs available for every one person.

One of the biggest winners of these negotiations has been President Joe Biden, who has championed labor unions in the U.S. and was in a conflicting position of having to placate some of his strongest backers given the risk to the wider economy. With poll numbers inching up and the midterms fast approaching, another supply chain crisis could’ve further complicated an already delicate economic recovery. All that remains is for union members to vote and accept the deal.