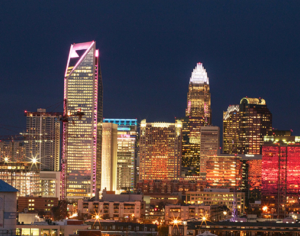 The news comes as Charlotte’s economy is poised for a strong rebound. The unemployment rate has nearly returned to pre-COVID levels, while the financial, manufacturing and technology sectors have provided a strong foundation for continued growth.

While AvidXChange has refused to comment on the potential of its IPO, the firm has demonstrated a solid record of growth, up 133% from 2016 to 2019. The company, which was founded just over two decades ago, provides software to automate payments, invoicing and the accounting process for small and midsized businesses. Its services became a critical product in a year where face-to-face interactions were reduced to a minimum and companies scrambled to go virtual.

According to AvidXChange’s own research, in a survey of over 500 middle-market businesses and employees, companies invested most heavily into cybersecurity (58%) and finance (42%), as well as customer services (40%), to accommodate customers and the new market conditions of the pandemic. With new technology in place, businesses were better positioned to account for risk and changing customer needs, while modernizing their operations created for more efficient workflows.

While the company is preparing to go public, AvidXchange is also expanding its headquarters just north of Uptown. In late 2018, the company announced a $41 million expansion with $25 million in state and local incentives, pledging to hire over 1,200 people over the next five years. Over 400 of those individuals were hired in 2020, half of which were net new jobs.

When AvidXchange CEO and co-Founder Michael Praeger spoke to Invest: in 2020, he discussed the opportunity that the pandemic provided.

“The current situation has been a catalyst in terms of new customers wanting to adopt our technology and existing customers trying to get everything implemented as fast as they can. Suppliers that have historically been receiving paper checks from their payment network are raising their hands and saying they want electronic payments,” Praeger said.

“When we founded AvidXchange 20 years ago, there was a small and passionate group of entrepreneurs in Charlotte who really wanted to build a more entrepreneurial ecosystem, particularly around technology, and adapt a lot of the companies that supported the banks. Most of the technology in Charlotte around that time was supporting the banking or the energy sectors,” he continued.

Praeger’s comments reflect the intersection of finance and technology that is developing in Charlotte. One example is Robinhood, Inc, the company that heralded the “retail revolution” in the stock market by making a simplified, commission-free stock-trading platform. It is considering opening a 300-person office in the city.

The office expansion dovetails with Robinhood’s own IPO, which is expected to occur sometime later this year and could potentially see the Menlo Park, California-based company’s valuation rise to $12 billion dollars.

While city officials have been mum on the subject, real estate sources indicated to the Charlotte Business Journal that the company has been actively looking for a space in the city and may still be finalizing a location, though it seems the search has been limited to the Uptown or South End areas of the city.

For AvidXChange’s part, while the pandemic seems to have provided a unique opportunity last year, 2021 could be the year to fully capitalize on its success. “We started growing and gaining traction by staying focused on developing our AP automation solutions, and today we are the largest software company in Charlotte.” Praeger told Invest:.