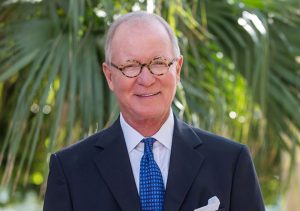 in the Miami market?
Today, retailers across the globe are a little more cautious about expanding because of economic conditions in Europe, Asia and Latin America—all of which have struggled in 2015. While Miami’s condo market remains active, and while Swire continues to sell units at a good pace compared to other developers, this activity is half of what we were seeing in 2013 and 2014. All of these factors have been exacerbated by the strong U.S. dollar, which contributed to the late 2015 cooling of Miami’s condominium market. On the other hand, Miami’s hotel market—the third best in the country—continues to be promising. The benefit of the multi-use concept is that—whether we find ourselves in a booming economy, or one that, like today’s, is a little bit more stable—the synergistic sum of the parts is collectively greater than the individual parts.

What does the future for mega projects in Miami look like?
As the conditions of the market become more diffcult, one’s ability to deliver another project with the same elements as Brickell City Centre becomes much more challenged. We can attest to the complexity of executing a project like this—and in our case, there was only one developer who controlled all aspects of the project. We did not have to coordinate between multiple developers, contractors, architects, owners and lawyers, and it was still a challenge. Developers will have to face these challenges in building mega projects while helping Miami’s transportation issues and contributing to the city’s economy.

In October 2015, Swire submitted building plans for the remaining undeveloped land on Brickell Key. What are the company’s plans for this land?

Some would argue that the undeveloped waterfront land on Brickell Key is the most valuable and prestigious real estate left in Miami’s urban area. We think the site is appropriate for luxury residencies. Moreover, the area’s proximity to Brickell City Centre, with all the new retail and dining options it will offer, will make this land even more valuable than it already is. The more value we create for Brickell City Centre, the more value is added to Brickell Key. It’s like having a fine wine in your cellar that you can only drink once in your lifetime. From our perspective, this land will only become more valuable the longer we wait as there are only a few sites left and we are thinking about what to do with the best one—there is an enhancement value in simply holding. We are going to take our time in the future developing this final site.