Atlanta tech is hungry, growing, and looking for more

Atlanta tech is hungry, growing, and looking for more 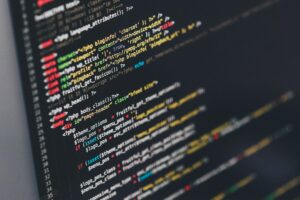 2 min read April 2021 – Atlanta’s tech scene continues to attract attention. The latest evidence of that is the $210 million raised by data privacy and security startup OneTrust LLC, according to an April 6 filing with the U.S. Securities and Exchange Commission.

The filing comes shortly after OneTrust acquired two other companies to expand its suite of services. OneTrust, with a valuation of more than $5 billion, raised more than $510 million in 2020, the most out of any Atlanta technology company that year.

The company was founded in 2016 and quickly rose to prominence, going global within five years with a co-headquarters in London. The company’s offering of products helps businesses protect their clients’ data, evaluate risks, manage internal and external ethics concerns, and comply with privacy guidelines.

OneTrust bought Denver-based Convercent for it’s “whistleblowing” software. The software allows employees to report problems within the company and marks OneTrust’s sixth acquisition. Prior to Convercent, OneTrust had acquired Docuvision Inc. for its technology allowing artificial intelligence to redact sensitive or specific information.

OneTrust’s continued success bodes well for the technology and startup sectors in Atlanta across the board. As more milestones are met, more investors and greater capital will be looking to get involved in the city’s thriving market. Microsoft and Google have already announced their own campus-expansions in the city.

The long-reaching impacts of a healthy and growing sector are reflected not just in OneTrust, or larger institutional firms like Microsoft and Google, but in other local firms such as Pindrop Security, a data and cybersecurity firm that has raised another $6.8 million after an acquisition of its own. Data-center firm DC BLOX is also pursuing its own expansion across the Southeast after breaking ground for a new center in Greenville, S.C.

Pindrop announced it had acquired New York-based Next Caller in March to expand its call verification and fraud detection technology. Pindrop is hoping to expand its flexibility and customer base.

“The growth Next Caller has experienced has been truly impressive to witness…we’re thrilled to be able to now work together to provide even better solutions to our respective customers and prospects while keeping a close eye on the many growth opportunities ahead of us,” said CEO Vijay Balasubramaniyan in a press release announcing the acquisition.

While not competing directly with OneTrust or Pindrop in the cybersecurity sector of the technology industry, DC BLOX has pursued its own expansion across the Southeast for its data centers. Considered safe investments by developers and investors alike, the demand for such centers has only grown as companies have been forced to adapt to the virtual space as a result of the pandemic. Data centers were the highest-performing sector of public real estate in 2020.

The metro area of the city has become a prime market for these centers, which may spur further economic growth and lure more companies. The city’s reputation as gateway to the Southeast has created a rising demand for data centers.

For OneTrust, business is good. It has about 1,500 employees in its Atlanta and London co-headquarters and in 10 other offices around the world. Over half the Fortune 500 use its software, and around 7,500 companies overall use its products. With the recent announcements of Google and Microsoft coming to the city, as well as the growing interest of venture capital firms in the area, the industry appears poised to add another prosperous channel to the city and the region beyond it.