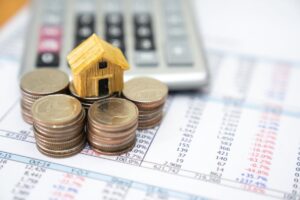 In Palm Beach County, residents see some of the highest rates for property insurance anywhere in the nation, with the average premium for a $150,000 home at $4,030 per year, according to Clovered. MarketWatch shows that the average national premium for a home valued between $150,000-$174,999 is $981 per year.

Florida Gov. Ron DeSantis said last week he supported bringing the state legislature back for a special session on safety, which would address the property insurance issue, as well as condo safety.

A big part of the problem are the losses that have piled up for insurance companies in recent years. “Many insurance companies have lost a lot of money in the last few years, and some of them have pulled back or stopped writing as much coverage. That means people usually end up trying to go to other companies but due to this limited supply of capacity in the market it has contributed to pricing increases. In the last few years, the insurance industry has taken losses of billions of dollars due to the many catastrophes, including storms and wildfires,” explained Connor Lynch, CEO of Plastridge Insurance Agency, in an interview last year with Invest:.

The average property insurance premium has more than doubled what it is in the rest of the country, according to WPTV, with data from the Insurance Information Institute showing premiums are up 25% year-over-year. Florida’s insurance companies posted $1.6 billion in losses for 2021, with the impact of climate change among the key culprits.

“Many in the property-and-casualty (P&C) insurance industry have underestimated the immediacy of physical — and systemic — effects from climate change. With the long-term viability of the P&C (property and casualty) insurance industry at stake, insurers should act now,” a 2021 report by McKinsey and Co. noted.

“Insurers, however, must be careful not to underestimate the true threat of climate change. Because its effects are systemic, climate risk is likely to stress local economies and — more grimly — cause market failures that affect both consumers and insurers. More frequent catastrophic events, in combination with the need to meet evolving regulatory requirements, can threaten company business models — and make insuring some risk unaffordable for customers or unfeasible for insurers,” the report continued, with Florida being a top market for such concerns.

Notably, hurricanes making landfall in Florida have worsened in intensity since the 1980s, according to the Tampa Bay Times, and the frequency of hurricanes are also expected to increase as climate change progresses.

In an analysis presented to the Florida state legislature in 2021, litigation “frequency and severity” is also high in Florida and increases premium rates, according to the Insurance Journal. The journal reports that Florida insurers paid $3 billion in lawsuit costs in 2019, one of the potential policy changes the legislature could tackle.

Other costs to insurance companies include the rapidly rising price of construction, with most insurance plans covering the cost to replace destroyed property. For example, construction costs went up nationally by 17.5% from 2020 to 2021, data from the U.S. Census Bureau shows. Richr.com shows that the average cost to build a new home in Florida is between $240,000 and $350,000, though this varies widely by area. And construction costs are expected to continue to climb in 2022.

“The thing that we’re pulsing the most is the overall insurance industry. A lot of the big money — venture capital and private equity — pulled out of the reinsurance market and it’s causing things to tighten up, so we’re having to spend a little more time and energy reviewing the financials of insurance companies to make sure that they’re strong and stable,” Lynch said. “Most insurance companies in the United States lost money in the last two to three years, so they’re either going to increase their rates or go out of business. It’s unfortunate for all of us. As consumers, it’s better to have more companies competing as it ultimately drives pricing down.”