Are SPACs losing their luster?

Are SPACs losing their luster? 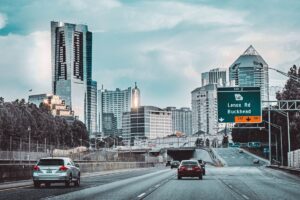 2 min read April 2022 — Atlanta-based Navigation Capital Partners withdrew from plans to raise $690 million in four separate SPAC deals, according to the Atlanta Business Chronicle. The announcement comes after a significant decrease in SPAC activity nationwide during the first quarter of 2022. New regulations from the Securities and Exchange Commission (SEC) and changing market dynamics could carry this trend into the second quarter.

As a  firm that focuses on equity investments in Special Purpose Acquisition Companies (SPACs), also known as blank check companies, Navigation Capital Partners serves a variety of clients in the South. The company argues that they did not consider it necessary to have four additional acquisitions after a year of formally filing the requests with the SEC. Currently, the company has six deals that represent about $1.5 billion.

“We did not see the need for four more additional SPACs to what we already have,” Navigation Capital Partners Managing Partner Larry Mock told the Atlanta Business Chronicle.

Although 2021 saw a record number of SPACs (613), according to research from PitchBook, those companies had poor market and operational performance. Renaissance Capital also concluded that in 2021 SPACs significantly underperformed compared to traditional IPOs, averaging -43% in return. The trend continued in the first quarter of 2022, with SPACs of all sizes and across different target sectors having a rough ride.

In addition to market outcomes, new proposed regulations from the SEC are expected to impact overall SPAC activity in the second quarter of 2022. Under the new rules, SPACs would be required to, among other requirements, disclose financial information about sponsors, potential conflicts of interest and dilution from shareholder interest. Making that information available would make SPACs more accountable and bring greater protection for investors. If approved, the aim of the SEC is to align the requirements for a SPAC with those of a traditional  IPO.

“The proposed rules would more closely align the required financial statements of private operating companies in transactions involving shell companies with those required in registration statements for an initial public offering,” said the SEC in a press release.

For SPACs, which became an alternative for companies that needed an injection of capital through public offerings, the poor market performance combined with the SEC’s proposed requirements could signal a longer term trend, if the first quarter is anything to go by.