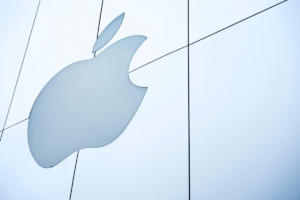 2 min read April 2021 — Apple has announced a new campus in Raleigh as part of a plan to invest $1 billion in North Carolina over 10 years. The campus in Research Triangle Park will create over 3,000 jobs,  with wages averaging $187,000 a year, according to the state’s Department of Commerce. This news comes after three years of courtship and a previous snub from Apple.

The campus will cover more than 1 million square feet in Wake County and will run 100% on renewable energy, Apple said. The transformative project received special grants from the state and Wake County.

“As Apple CEO Tim Cook told me on Saturday, with this announcement Apple is showing that they’re not just creating new jobs and building a campus,” said Gov. Roy Cooper at a joint press conference at the Executive Mansion. “They want to be a committed partner with our state for the long-term. I told him that we look forward to that partnership.”

“As a North Carolina native, I’m thrilled Apple is expanding and creating new long-term job opportunities in the community I grew up in,” Williams said at the meeting of the state’s Economic Investment Committee, during which the news came out. “We’re proud that this new investment will also be supporting education and critical infrastructure projects across the state. Apple has been a part of North Carolina for nearly two decades, and we’re looking forward to continuing to grow and a bright future ahead.”

In addition to the creation of those jobs in Research Triangle Park, Apple will put forth $448 million to expand its current data center in Catawba County; it will not create jobs with this action though. Randy Isenhower, chairman of the Board of Commissioners of Catawba County, spoke with Invest: Raleigh-Durham about the importance of Apple’s Triangle presence.

“Apple is our single biggest taxpayer, paying around 6% of the total tax base,” said Isenhower. “They have invested $2.81 billion and created 400 jobs in Catawba County. This demonstrates that we are a good hub for data centers.”

“We hope we paved the way for some of this great new prosperity that North Carolina is going to be able to claim now,” Millar said to the Triangle Business Journal.

In late 2018, it seemed like hopes for a new campus in North Carolina were dashed, as Apple announced a new campus in Austin, Texas, with investments in Seattle, San Diego, Pittsburgh and other cities not including Raleigh.

Millar said he considers the win for the new Raleigh campus a win for Catawba County and the region overall.

“Having more of their attention on North Carolina will force them to have more attention on Catawba County and Maiden,” Millar said to the Triangle Business Journal. “We love to hear those types of numbers. We certainly look forward to working with them.”