Another postponement of elective surgeries as Broward’s Delta cases rise

Another postponement of elective surgeries as Broward’s Delta cases rise 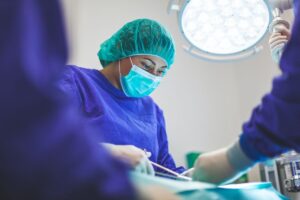 3 min read August 2021 — After a positive start to the year when COVID-19 cases flattened out to as low as 1,300 new cases per day in Florida, numbers are now starting to increase again thanks to the extremely transmissible Delta variant. As hospitals must contend with elevated patient intake, some Broward County hospitals have decided to once again postpone elective surgeries in an effort to prioritize resources and de-risk operations.

Last week, five Broward hospitals within the Memorial Healthcare System announced they would suspend elective surgeries amid the resurgence in cases. The hospital system reported 526 COVID-related admissions as of Tuesday, up from 400 three days earlier. According to data from the US Department of Health, about 40% of Florida’s ICU beds are occupied currently.

The majority of those admitted are younger and unvaccinated, according to senior officials at Memorial Healthcare. In Florida, 23 million doses of the vaccine have been administered so far, and about 10.6 million – just under half of the population – are fully vaccinated. For this Delta variant, herd immunity thresholds are estimated to be reached when about 80% of the population is vaccinated.

The state has been urged to ramp up vaccine efforts and reinstate the mask mandate in public spaces, including schools. But Florida Governor Ron DeSantis placed blame on the hot weather for the surge in cases, as many remain indoors with air conditioning circulating.

Cleveland Clinic, which has centers across Florida, has announced that it changed its visitation policy in response to the spike. As of August 2, patients in hospital for causes other than COVID-19 can have one designated visitor, while those presenting COVID-19 symptoms are no longer allowed visitors.

The Delta variant has become the dominant virus in the US, responsible for about 93% of new cases across the country. The basic reproductive number of the variant – or the number of susceptible people for each infected person – is thought to be between five and 9.5. To put that into perspective, the reproductive number for the 1918 influenza pandemic was between two and three.

But there is optimism from senior medical officials that the spike will taper off soon, based on models from the UK and the Netherlands, where the “third wave” has begun to subside. In fact, hospital administrators expect disruptions to elective surgeries to last only six to eight weeks.

And although some of the biggest healthcare systems in Florida are reporting a rise in cases, they say they are not becoming overwhelmed by admissions. As a result, there have been warnings from healthcare providers urging patients not to postpone urgent screenings or treatments as they did in the spring and summer of 2020.

According to a report by McKinsey, the deferral of millions of elective procedures could have a potentially deadly impact on patients across the US. From March to July 2020, a 35% drop in surgical volumes could indicate a backlog of up to 1.6 million for certain procedures lasting throughout 2022. A renewed postponement in elective surgeries could push the backlogs back for another several years.

The pandemic is unpredictable, and there is always the risk of another variant emerging, especially as countries begin to reopen international borders for travel. But fewer new infections are being presented among the fully vaccinated populations, a bright spot for public health officials. For those who are fully vaccinated and do test positive, health systems have reported that symptoms are mild on the whole

Photo by Artur Tumasjan on Unsplash