Announcement of pay cuts sparks concerns of equity and affordability

Announcement of pay cuts sparks concerns of equity and affordability 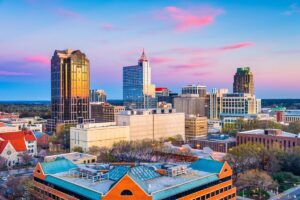 2 min read March 2022 — Technology firms continue to relocate to the Raleigh-Durham metropolitan area, citing high quality of life for their employees and access to a talented, diverse labor pool. However, Google is receiving backlash for reducing the pay in the Triangle market to meet local trends.

Google’s decision to reduce pay in the Triangle area, announced Feb. 18, comes after a 2021 decision by the company to reduce salaries by up to 25% for remote workers depending on location, citing reduced costs of living and lack of commutes for these workers, according to a Reuters report in August 2021.

“Our compensation packages have always been determined by location, and we always pay at the top of the local market based on where an employee works from,” a Google spokesperson was quoted as saying in the Reuters article. According to the Triangle Business Journal, Google’s decision to cut compensation for workers in Durham is a further adjustment “to align with the local market.”

In the 2022 North Carolina State of Technology industry reportopens PDF file , the average tech salary per worker in the state is $125,300, with North Carolina ranking sixth in the country for salary earnings for tech occupations.

The pay cuts, though, raise concerns about equity, with such cutbacks impacting diverse communities like Durham the most. In a blog posted in 2020, Google’s CEO Sundar Pichai stated that Atlanta, Chicago and Washington, D.C., were among the target cities for hiring more Black employees. That post was followed by the March 2021 decision to make Downtown Durham an engineering hub focused on cloud computing, with a goal to eventually create 1,000 jobs in the tech-heavy area, according to the company announcement.

The letter, posted to Airtable, states in part:

“First, in late 2020, the salary band for the Triangle area was dropped from ‘National’ to ‘Discount’ with no transparency into the data used in this decision. Although Google claims they pay based on the local market, this is *lower* than the surrounding, less populated areas. Then, in the summer of 2021, an equity reduction policy for this area was announced. When this new policy is implemented in January 2022, equity will be scaled based on the worker’s office location. However, Google has decided to *only* implement this policy in select areas: the Triangle, Des Moines, and Houston. As a result, the equity of workers in other offices will remain unchanged while equity in these 3 growing office locations will be reduced to 25 percent less than the standard. The announcement of these policy changes was made *after* many Google employees had relocated across the country to these areas, surprising even the site leads of the growing offices.”

The pay cuts have been particularly concerning as the housing market in the Research Triangle booms and housing affordability becomes a critical issue for residents and officials.

According to data from the Triangle Multiple Listing Service, median sale prices of homes in Wake County rose to $425,140 in January 2022, up $87,825 from January 2021. The increase, in just a year, exceeds even the median household income for the area, at $80,591. And as more companies relocate to the Triangle, including Apple selecting the Triangle for a new $1 billion campus in 2021, the competition for housing and other local resources is only set to increase.

As the area continues to grow, local leaders have told Invest: they are committed to providing educational and training opportunities for local residents to ensure they are ready to join a tech-heavy, competitive workforce.