Amazon in the crosshairs of conversation on livable wages

Amazon in the crosshairs of conversation on livable wages 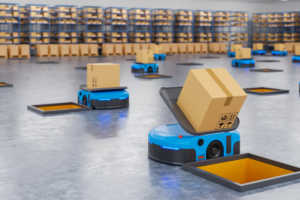 2 min read May 2021 — Amazon is fervently expanding its North American footprint and Atlanta is playing a key role. The e-commerce monolith plans to hire 3,800 Atlantans as part of its expansion. However, many citizens are surviving better on unemployment checks than they would be in the intensive, low-wage environment of an Amazon warehouse.

In Atlanta, Amazon warehouse workers, delivery drivers, order pickers and fulfillment associates make $15 an hour. According to the livable wage calculator, the livable wage for an adult with no children in Atlanta-Sandy Springs-Roswell, GA is $16.56. That reality was only enhanced by the onset of the COVID-19 pandemic and its effect on the family unit. Between fears of spreading COVID-19 from the workplace into the home and parents having to attend to children doing school from home, low and minimum wage jobs lost all allure.

“You don’t want economic investment, you want to use me, like an indentured servant to enrich the richest man in the world,” Atlanta rapper and activist Killer Mike said in regard to Amazon.

However, Georgia is looking to make big changes to curb this trend. For one thing, when asked by WSB-TV 2’s Dave Huddleston for an interview about Georgia’s incentives for Amazon, the Georgia Department of Economic Development wrote an email back that did not address worker pay questions and allegations of poor worker treatment from Amazon:

“Global Fortune 500 company Amazon has created more than 21,000 direct full- and part-time jobs in the state, and over $3.2 billion in investments between 2010-2019 alone. Thanks to the unmatched connectivity Georgia offers in the Southeastern U.S., companies like Amazon are part of the story of how we are fulfilling our mission of creating a wide variety of employment opportunities for Georgians… We thank Amazon for their partnership with our state.”

Georgia’s efforts to curb reliance on unemployment have now become concrete. Since the Associated Press reported on Georgia Gov. Brian Kemp’s intentions “to require people receiving unemployment benefits to resume searching for work,” the Atlanta Journal-Constitution has reported that Georgia officials are likely to slash jobless benefits, following the lead of several GOP-led states. This would potentially cancel the extra $300 in weekly payments that millions of Americans have relied on amidst the pandemic. In a conversation between Kemp and Labor Commissioner Mark Butler on Monday, efforts seem to already be underway.

“We both agree we need to do something. Obviously a lot of states are moving on this,” said Kemp. “We’re trying to gauge what they’re doing, looking at what we can do. We had a really good conversation, so we’re headed that way.”

With many children still learning remotely and families still awaiting a true recovery of the economy that has yet to materialize, this possibility pushes the tense battle for livable wages forward.

“Rather than blaming workers reticent to work in dangerous jobs that fail to pay a living wage, state leaders should seek opportunities to support the wellbeing of workers via a livable minimum wage and improved access to health and child care,” said Ray Khalfani, a policy associate with the Georgia Budget & Policy Institute, to the Atlanta Journal-Constitution.