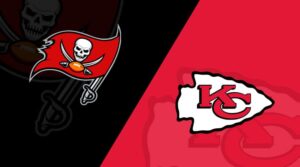 2 min read February 2021 — All eyes will be on the Tampa Bay region as football fans worldwide tune in to watch the gridiron’s biggest game this Sunday. Limited seating and strict safety procedures will take center stage as the Tampa Bay Buccaneers and defending champion Kansas City Chiefs battle it out in historic fashion.

In a game for the ages, culminating a season that will not soon be forgotten, the Bucs, led by legendary quarterback Tom Brady, will make history as the first team to play for the championship Vince Lombardi trophy at their home stadium.

The Buccaneers are chasing their second Super Bowl title in franchise history as Brady himself plays to win his seventh ring. Should the Chiefs, led by the young superstar quarterback Patrick Mahomes be victorious, the franchise would celebrate its third-ever Super Bowl win and become the first back-to-back champions since the New England Patriots did it in 2003 and 2004. Brady anchored both those victories.

Though the battle will be hard fought, a clear winner is the Tampa Bay region and its sports scene at large.  Due to pandemic protocols, only 22,000 fans will be allowed into Raymond James Stadium, which has a capacity of 75,000 people. 7,500 of those fans will be vaccinated healthcare workers in an effort to honor their fight against the pandemic. “The NFL is bringing 7,500 vaccinated healthcare workers to the game this year, a gift to our most important MVPs who have put everything on the line to help us as a nation recover from COVID-19,” said NFL Events Director Daphne Wood. All fans are required to wear personal protective equipment and adhere to stringent safety protocols, the league said.

The Bucs’ run to the Super Bowl marks the third time this calendar year that a local team has made it to a championship game. The Tampa Lightning won their second ever Stanley Cup in the summer, beating the Dallas Stars in a season also marked by COVID-19 complications. Following the Lightning’s success on the ice, Tampa Bay went to the brink of another championship. This time, it was the city’s Major League Baseball team, the Rays. The team buoyed the city’s hopes when it was crowned champion of the American League and squared off against the Los Angeles Dodgers in the 2020 World Series. Unfortunately, the Rays were not able to repeat the Lightning’s success and lost in a six-game series to the Dodgers.

The Buccaneers can stamp the city’s reputation as a championship town with a win on Sunday. “The city’s sporting scene is getting Tampa’s name out there. The Tampa Bay Lightning won a championship, the Tampa Bay Rays made it into the World Series, the Super Bowl will be hosted here and the Raptors have relocated from Toronto to Tampa Bay. Some cities do not have such a bustling professional sports scene. Positive sports events and attractions are important when it comes to a city’s vitality,” The Westshore Grand Hotel General Manager David Rowland told Invest:.

The slimmed down version of the Super Bowl will not generate the millions in economic boost an event of this magnitude usually provides for the host city. Though the unprecedented nature of the pandemic thwarted years of meticulous planning, the region will still benefit from the promotion and publicity that comes with the sport’s biggest game. “We may not see that economic boom but we have that once-in-a-lifetime opportunity to be on the world stage,” Tampa Mayor Jane Castor told the Tampa Bay Times.

The kind of publicity generated by the event is priceless and will further highlight Tampa Bay’s growth and ability to host large events for the entire world to see. “The fact that there’s nearly 6,000 credentialed media that will come to our community and cover our community and broadcast back to every corner of the globe — that’s promotion that’s truly priceless and the stage that our community deserves to be on,” Rob Higgins, CEO and president of the Super Bowl LVHost Committee, told WUSF Public Media.