A Touchdown for the Community

A Touchdown for the Community 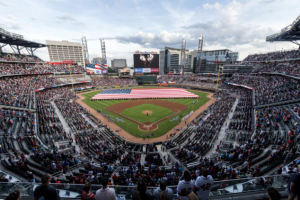 January 2018 — In 2017, the Mercedes-Benz Stadium and SunTrust Park — the new homes of the Atlanta Falcons and the Atlanta Braves, respectively — were both successfully completed, not to mention the major upgrades underway at Philips Arena, home to the Atlanta Hawks. Not only do these investments benefit the sports teams these stadiums house, but also they have a profound impact on the surrounding communities.

The inaugural Chick-fil-A Kickoff Game at the Mercedes-Benz Stadium alone generated $62.5 million in economic impact for Atlanta. The stadium is predicted to have an annual economic impact of between $80 million and $120 million. The construction of SunTrust Park created 5,200 jobs and generated $235 million in earnings. Now that the ballpark is complete, it is estimated to have an annual economic impact of $200 million. Focus: Atlanta spoke with a number of leaders in the city’s sports industry to gain insights on how investment in these stadiums is benefiting the community. Here’s what they said: 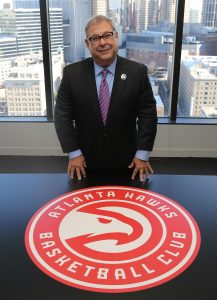 “We have an emphasis on sports, but Philips Arena is town hall for Atlanta. It holds nearly 200 events per year and was the sixth-busiest arena in the first half of 2017 for the U.S. It is the 20th busiest in the world. The continuing diversity of entertainment options that take place in downtown Atlanta and our building really are the cornerstones for entertainment in the city. We are well underway with an extensive $192.5-million arena transformation that will catapult the level of our fan experience, creating an even more engaging and connected environment for today’s fan.” 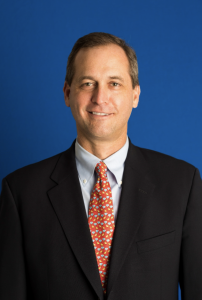 “We opened the doors to SunTrust Park on April 14, and so far we’ve had an enormous economic impact on this entire region, this entire community, as well as the value of the Braves franchise. We’ve become a catalyst for this part of Atlanta, which sits within the Cumberland Community Improvement District. This part of Atlanta has certainly benefited as a result of the Braves coming to SunTrust Park, as well as our Battery Atlanta development. It took a project like this that somewhat galvanized the entire submarket together and created a destination offering, not only for the Cumberland submarket, but really for Atlanta as well as the Southeast.” 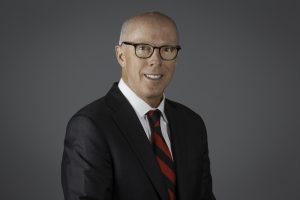 “Stadiums do not on their own create economic impact beyond the construction aspect, which is big of course. The construction of the stadium brought jobs, but we also wanted to make sure that it kept on having an impact on the West Side even after the project finished. For Arthur Blank, the stadium is not a five- or ten-year commitment, it’s a lifetime commitment, and we can use the stadium as a catalyst to try to bring a lot of other people along with us, such as corporate sponsors, and to help the local community.” 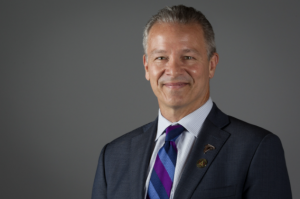 “If you look at the level of sports investment that’s happened in 2017 in the City of Atlanta, it’s unparalleled. Nowhere else in the country are there two major stadium projects underway — SunTrust Park together with the Mercedes-Benz Stadium — not to mention the commencement of a major upgrade of Phillips Arena. The level of investment is in the billions. AMB Group is a major piece of that, but it’s not just us. That kind of commitment to investment makes Atlanta a more attractive place to live and to work. For example, the decision for Mercedes-Benz to move to the city was based on talent, the dynamic growth that’s going on in the city and the quality of life. All these items add up to corporations making the decision to relocate.” 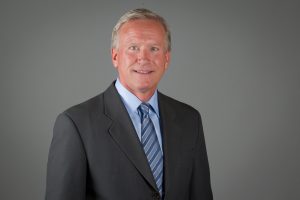 “Working with local partners has been a great experience because it is positive to have people who own those businesses invested in Atlanta as part of the construction. It is important to be invested in the community. We had an equal business opportunities goal of 31 percent of the construction going to minority- and female-owned businesses. In fact, we managed 36 percent, so that was a huge success in promoting disadvantaged local businesses. We’re a part of the Westside Works Programme, which is putting a lot of people to work from the neighborhood. We’ve trained about 500 people over the past three years, many of them in construction, and a lot of them working on this job. Our food and beverage program has also had a lot of students. These programs make a real impact on people’s lives.”