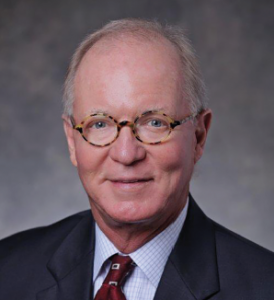 How will Brickell City Centre contribute to Miami-Dade’s retail landscape?
Brickell City Centre will transform the retail industry in Miami by offering something that does not yet exist. Currently, there is no place downtown where young people can come together and get a full retail experience that includes shopping, dining and nightlife. Brickell City Centre will introduce an urban mall to the area.
Another innovation we are bringing is integrating our building with public transportation. With Brickell City Centre, we are developing three blocks of retail and connecting all of it using bridges above and below the street that allow people to move more easily within the area, without taking any land away from the public or blocking any streets. At the same time, we keep consumers immersed in the retail experience as we will be placing different vendor experiences those walkways. We have also utilized underground parking, which will be well-lit so shoppers feel safe, and situated the project next to the Metromover to facilitate easy access. Our goal is to make the retail experience a positive one that seamlessly integrates with the urban lifestyle.
Swire Properties is based in Hong Kong. What features of the Asian retail experience is Swire bringing to Miami?
Hong Kong is similar to Miami in that both cities are high-density and nearly all development happens near the water. We have applied a number of features prominent in our Hong Kong and mainland China developments, particularly when it comes to our focus on vertical transportation (elevators) and integrating retail and commerce with public transit. We have one of the highest ratios of vertical transportation of any project ever built in the U.S. – and that is about getting people up and down quickly, safely and comfortably.
How will mixed-use developments contribute to the evolution of Miami-Dade’s retail landscape?
In the U.S. mixed-use developments have been around for 30 to 40 years, but are taking off in Miami recently, as witnessed by the emergence of Brickell City Centre. One factor is simply the population growth of downtown – more and more young professionals have moved in and they tend not to use cars. The current retail centers in the county are in suburban malls; there is nothing to speak of within the urban centers. In part, this gap existed because of the relatively low number of residents in the urban core. Eventually, we had Bayside Marketplace – though that catered primarily to tourists – and then Aventura Mall, Lincoln Road and Bal Harbour Shops started to take off, as well, bringing luxury brands into this market. Yet we were still lacking a strong retail offering in the center of the urban core and because of the density, a mixed-use development made the most sense.