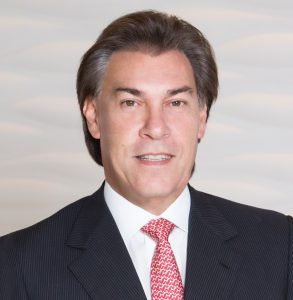 How was the performance of Fortune International Group during the slight sector downturn in 2016?

We are very happy with what we accomplished in 2016, even though, from a real estate standpoint, it was challenging in comparison to 2010 to 2015, where we saw very strong growth and plenty of activity. Toward the end of 2015 and throughout 2016, we saw a deceleration in terms of the speed of the sales and the projects being either built or launched. However, this shows that Miami, from a real estate point of view, has matured as a city. The economic cycles are not that extreme anymore. In 2016, even though there was a deceleration, the markets behaved very well. Developers weren’t selling as many as 20 units a month, but they did sell five to 10, which is considered a success in many cities around the world. The previous speed could not have been sustained for a prolonged period. Projects that are well funded with great sponsorship and great products will continue to be successful and continue to produce positive results. This may not be at the same pace as the period of 2010 to 2015, but they will still be producing value, without decreases in price.

Given that Miami’s real estate sector relies heavily on international buyers, how has the local market been impacted by the current global climate?

A lot of the pre-construction sales in Miami depend heavily on foreign buyers, mainly in Latin American countries. They all have been affected by the current slowdown of their economies and rate of exchange, making it a little bit more difficult to invest in Miami. However, in Latin America there is a culture of investing at least part of the wealth in safe tangible assets like real estate. Demand will continue to be strong. Miami is also seeing a strong focus from the Turkish market. Miami can provide the safety that they need to be able to diversify their assets. The U.K. is also an important market, not only because London has become incredibly expensive, but also because Brexit has forced many investors to look at diversifying their portfolio. Miami offers a lot to these investors.

In a market with many new players entering, how does Fortune International stay competitive?

We stay competitive by staying disciplined, concentrating in a small number of projects but at a high-end level. We love to do that for two reasons. First, with fewer projects, you are able to pay a lot of attention to the details. The key component of all of this is the people you surround yourself with. The quality of the architect and the interior designer, combined with the materials and spaces in which you create – the combination of all these assets together is what makes us successful.