A healthcare hotspot emerges in Minneapolis

A healthcare hotspot emerges in Minneapolis 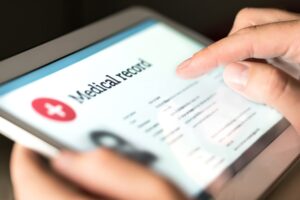 2 min read March 2021 — Bright Health Group, Inc., owner of  digital health platform Bright Health, is reportedly planning to go public with a valuation that could see it end up being worth $10 billion.

The company has raised more than $1.5 billion in private capital since 2015. Today, it is considering an initial public offering to raise another $1 billion, although some underwriters are apparently looking to reach a deal that could see the company be worth $20 billion, according to the report by Bloomberg.

The company is already Minnesota’s first unicorn — a startup worth over $1billion. The company provides Medicare Advantage plans for seniors and individual plans. It drives down prices by working within what it calls “personalized care networks,” using a small number of local healthcare systems to provide lower costs.

The company’s growth and reported IPO aspirations are the latest sign of a surging healthcare and insurance market in the region that proponents such as Marek Ciolko, a co-founder of Minneapolis-based insurance startup Gravie Inc., thinks validates Minneapolis from a startup standpoint. Gravie works with group plans, while Bright offers individual plans, so the two aren’t direct competitors.

Gravie itself recently announced it had raised $28 million in venture capital.

Gravie offers a definite-contribution model of insuring clients, where employers specify how much they’re willing to pay instead of competing directly with Bright’s personalized care networks. The company has now raised a total of $73 million, including a $3.4 million round in 2018 and a $14 million round led by GE Ventures in 2017. It has just under 100 employees. It says it has increased its revenue fourfold in the last two years but it has declined to give a number.

Medical Alley Starts is led by Medical Alley’s current Vice President of Information Frank Jaskulke. It aims to create a more systemic approach for working with startups and venture capital, creating better results and allowing the organization to tackle a larger load. The program won’t be like an accelerator or incubator but will instead be a “community-wide infrastructure” for health startups, Jaskulke told the Twin Cities Business Journal.

Medical Alley Starts is supported by an advisory board that includes Bright Health co-founder Kyle Rolfing, as well as Bind Benefits President Jodi Hubler and Visana Health CEO Joe Connolly, further showcasing the growth and interconnectedness of the industry.

A successful IPO for Bright Health would be another achievement for the company that has amassed a huge amount of private capital while attracting a strong executive suite, including former executives from Target Corp. and Nike, and carving a space for itself in a rapidly changing healthcare environment. Despite unprecedented challenges brought on by COVID-19, the industry has maintained its momentum from the previous few years and raised record amounts of capital.