A deeper look into how Philadelphia’s economy is recovering

A deeper look into how Philadelphia’s economy is recovering 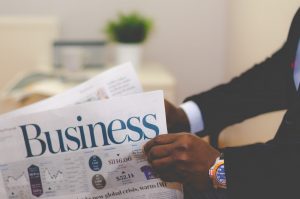 2 min read – Philadelphia is the seventh-largest metropolitan area in the United States. Its diverse population, affordable rents and urban atmosphere make it an ideal location for entrepreneurs to open up shop. So much so, that small businesses make up 99.7% of its economy, according to the U.S. Small Business Administration Office of Advocacyopens PDF file . The city was on a strong growth course before COVID-19. However, that all came tumbling down when all non-essential businesses were ordered to shut down in Pennsylvania on March 19.

In an effort to limit the damage to the national economy, the federal government rolled out the Coronavirus Aid and Economic Security (CARES) Act on March 27. Part of the act, a loan called the Paycheck Protection Program, has played a particularly important role in Philadelphia’s recovery. The program set aside $349 billion for small business loans intended to help them stay afloat and keep their people employed during the pandemic. Within weeks, the federal aid was exhausted and small businesses were once again left with uncertainty. A second glimmer of economic hope presented itself  when Gov. Tom Wolf allowed Philadelphia to transition into the yellow phase of his recovery plan on June 5. Stay-at-home orders were lifted and in-person retail was again allowed. Despite rising coronavirus cases, most businesses were eager to open their doors under regulated CDC guidelines.

Two weeks into Philadelphia’s reopening a new obstacle landed in the city’s lap. Some businesses experienced looting and vandalism due to nationwide protests in the wake of the killing of George Floyd, a black man who died after a Minneapolis police officer kneeled on his neck for nine minutes. On June 11, Philadelphia announced a new grant and loan program for small businesses affected by the COVID-19 shutdown and damages from recent lootings. The Restart PHl Loan Fund from the Philadelphia Industrial Development Corp. will be primarily for minority-owned businesses in low-income areas. The $3 million in loans to small businesses can cover costs for things like inventory, technology, staffing and employee training. Philadelphia also announced a $1.4 million “Restore and Reopen Program,” which will provide grants to independently-owned businesses that have suffered from property damage.

“These efforts are intended to provide equitable and immediate relief to ensure our small businesses can sustain themselves and return in a manner that allows them to thrive,” said Philadelphia Mayor Jim Kenney in a statement.

It may be too early to tell how the region’s economy will fare as it heads into a post-COVID-19 landscape. However, there is one sector that is expected to thrive as a result of all of this. Now more than ever before technology has proven to be a vital aspect of everyday life. One key advantage the industry has is the ability to have its employees work remotely, unlike retail and food services. The tech sector could even play an essential role in igniting the reconstruction of the local economy, according to the Greater Philadelphia Economy League.