2 min read June 2022 — The Steel City may still hold onto its famed moniker, but Pittsburgh has reinvented itself as an innovation hub that’s become an attractive place for families and businesses alike.

Pittsburgh recently ranked No. 26 in the U.S. News’ “Best Places to Live in the U.S. in 2022-2023” rankings, which highlighted the city’s public parks and green spaces, business-friendly environment and more affordable housing prices compared to major markets.

The move represents a significant climb over the past year after ranking No. 77 in the 2021-2022 list.

In addition to cracking the Top 30 cities in the country, Pittsburgh also ranked No. 1 in the state of Pennsylvania, beating out cities like Philadelphia and Harrisburg.

Invest: heard from public and private sector leaders in the region on what makes Pittsburgh a great place to reside and do business. 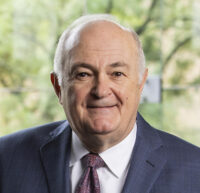 Pittsburgh has a unique concentration of significant local charitable foundations, thanks to the city’s history as the center of the American Industrial Revolution and the tradition of philanthropy launched by industrialists, such as Andrew Carnegie, Henry Clay Frick and Andrew Mellon. For a city of only about 300,000 people, Pittsburgh is unparalleled in the concentration of institutions that support the arts and culture and that’s reflected in our very rich cultural landscape. In addition to the four Carnegie Museums and the Heinz History Center, we have, for instance, one of the top symphony orchestras in the world as well as opera, ballet and theater companies. And the love for these institutions on the part of the citizens of Pittsburgh is something I don’t think I’ve encountered anywhere else.

Compared to other cities, Pittsburgh punches well above our weight class in terms of the power of professional sports driving our regional economy. The Penguins, Steelers and Pirates together drive about 50% of the hotel revenue in the Greater Pittsburgh area, attracting a combined 4 million fans to the city annually. One out of every two visitors visiting Downtown is attending a professional sporting event. The teams also generate an estimated $40 million-plus of annual media value impact, the equivalent of $40 million in advertising dollars. The overall economic impact equates to over 10,000 jobs and $3.2 billion in wages over the past five years.

More than just selling tickets and bringing people to our beloved city, we are also pursuing the redevelopment of the former Civic Arena site, which will create thousands of additional construction and permanent jobs to help recover from the pandemic and rebuild a key historic neighborhood. 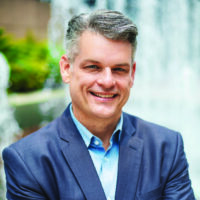 In Downtown Pittsburgh, there are great opportunities for office, retail, restaurants and the creative economy to enliven and activate our streets. We want to be able to expand and diversify offerings in the core so that everyone in the region can feel welcomed here. This is such a great city, with our sports and entertainment venues, convention center and cultural offerings all being within blocks of one another. We’re looking to build upon our strengths and create a city that folks want to be a part of, that future talent can view as an affordable, welcoming and innovative community. We look forward to building upon our city’s legacy, continuing to evolve and creating a place that can thrive for the next 100 years.

4. A trailblazer in technology and innovation 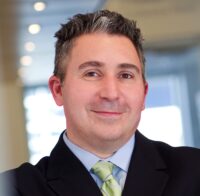 Pittsburgh has a growing ecosystem that is surrounded by important academic anchors that are of significant size, such as the University of Pittsburgh and Carnegie Mellon University. They contribute over $1.2 billion of research per year and are located in proximity to UPMC, one of the top healthcare systems in the United States. The area around these organizations is about 1.7 miles, so the ideas per capita created in that small area rivals those in other locations from an innovation standpoint. Moreover, Pittsburgh has an ecosystem unlike any other, with discoveries occurring across all sectors and platforms that go beyond the life sciences, AI and robotics. Different regions may have a particular niche they can cater to but Pittsburgh has the unique ability to cater to a variety of industries, which makes it an attractive market to formulate and root your business. It provides the distinctive vantage point that early-stage entrepreneurs would be looking for when looking to scale out their business. 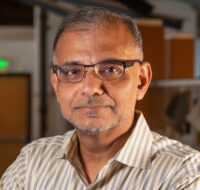 There is a great sense of connection among our communities and a very strong sense of civic presence within our neighborhoods. When you take the two together, our eds and meds and technology sectors combined with Pittsburgh’s sense of history, tradition, community and civic-mindedness, it proves to be a strong combination that fosters a robust market.

Top articles of the week from August 12 to August 17